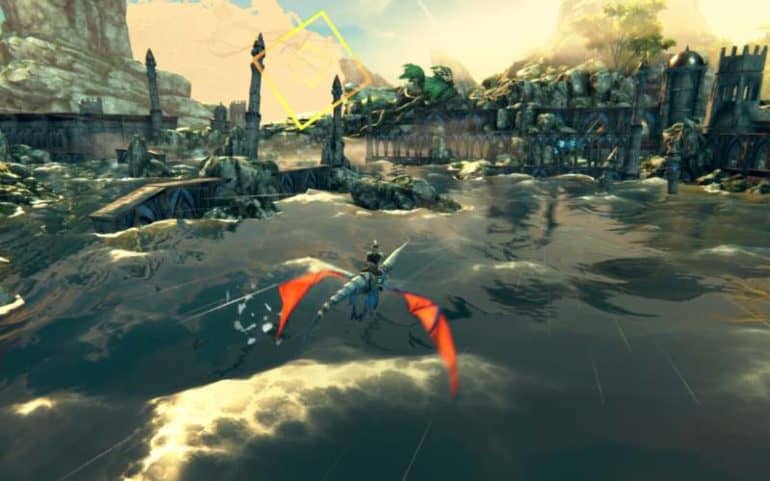 The first time everyone saw Panzer Dragoon was probably in a gaming magazine or on shows like Bad Influence and it probably wowed the heck out of you and made you want to own a Saturn as soon as it came out.

The classic on rails 3D shoot ’em up set in a fantasy world looked epic back in 1994 and spawned a sequel on the Saturn along with the super rare and now worth a fortune, Panzer Dragoon RPG, which was one of the last PAL releases for the Saturn in the UK back in 1998.

Luckily when the original XBOX came out we got to see Panzer Dragoon Orta and apart from that the once coveted series sort of faded away which was a huge shame.

Luckily a brand new remake is on its way and will be coming to Nintendo Switch and yes there is a trailer if you haven’t seen it already here it is.

Now this trailer came out back in June 2019 at E3 so you may have seen it already but the fresh news is that the developers Forever Entertainment have confirmed in a tweet that Panzer Dragoon: Remake is getting a physical release as well and is expected to be out in 2020 at the latest which is 18 years after the last Panzer Dragoon game came out!

This is great news for die hard fans of the series who have every game on their shelves as you finally get to add one more to the collection.

One thing is for sure, we can’t wait to play this game and compare it to the Saturn originals can you?