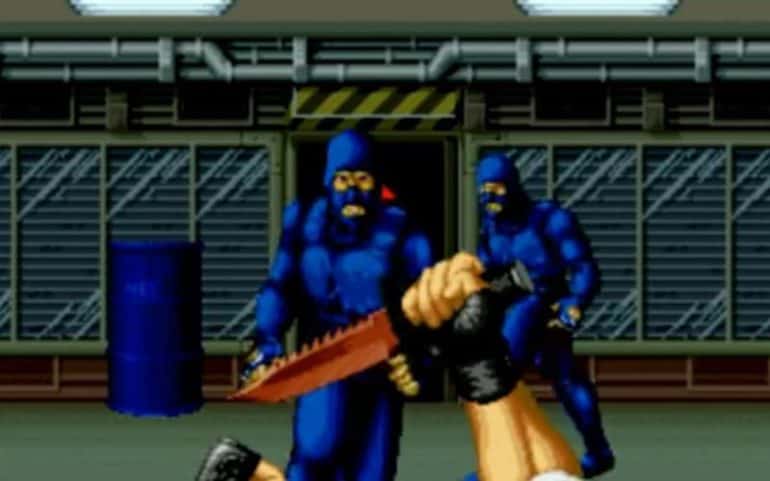 SNK have two more free games for the Neo Geo Arcade Stick Pro which is now becoming a regular thing from the legendary Japanese games maker.

The two new games are from the very early days of the Neo Geo’s life.

They may feel a little dated but they’re a fun addition to the Arcade Stick Pro’s line up of games which when launched was lacking anything but fighting games.

The first game is The Super Spy which came out in the first year of the super expensive consoles life.

You play a Spy called Roy who infiltrates an corporation’s skyscraper and has to defeat the hordes of corporate thugs who are hell bent on ending his snooping mission.

The game itself looks good for its age, it kind of looks like a first person shooter (before the birth of Doom and Quake) which was similar to another Neo Geo title called Crossed Swords, except what you see and use are your fists, knife, pistol or Uzi and you fire or punch in to the screen where the enemies come towards you.

From what we remember its hard as nails to complete so its definitely one for those that like a challenge.

Ninja Combat is the second game and is a side scrolling hack ‘em up that also came out in the first wave of Neo Geo releases.

These games will no doubt be fun to play just long enough until SNK release the next two games which looks like its a monthly thing now.

To go and get the games all you need to do is head on over to SNK’s dedicated page for new releases here and then put them on the Arcade Stick via it’s USB port.

Who would have thought that the most expensive console games ever made would be given away when back in the day you had to pay out close to £200 a game back in the early 90’s eh?