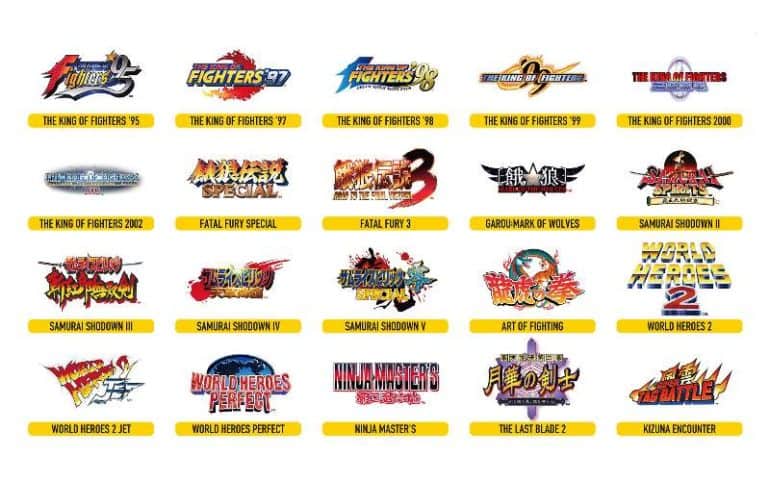 Retroheadz recently reported on the upcoming launch of a new piece of Neo Geo hardware from SNK.

The Neo Geo Arcade Stick Pro is a huge dedicated arcade controller and now the full line up of included games has been announced.

The 20 games included will only have one on one fighting games built in to it so if you’re a fan of non-fighting Neo Geo games you’ll probably want to give this a miss although it can be used as a dedicated controller for other games too.

If, however, you love SNK’s fighting games (and ADK’s ones too) then you better get saving those pennies up.

Here’s the full list of games that are included with the Arcade Stick Pro.

The problem with playing retro games that were designed for CRT screens is a modern problem for gamers and luckily the stick comes with some scanline options so that you can emulate the original experience as it only has an HDMI connection this will be seen as a welcome option.

When is the Neo Geo Arcade Stick Pro Out?

Still no news on a release date from the official SNK site yet but Retroheadz reckons if its not out before Christmas then perhaps in the first quarter of 2020 although Retroheadz are only speculating at the moment and will update Neo Geo retro gaming fans as soon as we know more.