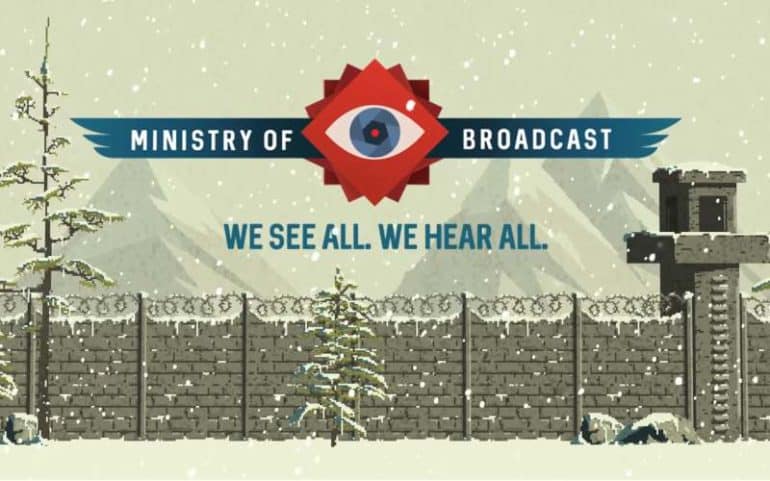 Ministry of Broadcast is a pixel based platform game that is a cross between Prince of Persia and George Orwell’s 1984 is getting a physical release for Nintendo Switch.

What’s Ministry Of Broadcast About?

The games protagonist lives in a dystopian country divided by a wall and must go on and win a state controlled reality TV show to cross the wall that separates him from his family.

The award winning indy games dark themes are balanced with wit, sarcasm and humour throughout as you make your way through the games arenas which if you like a challenge will test you quite a bit although with an evolving story it will spur you on regardless.

One thing that makes the game stand out is the stunning pixel art, for those that remember games like Flashback and Prince of Persia it will look very familiar in the way the character jumps and grabs ledges and solves puzzles to progress.

In fact here’s the trailer for it to see for yourself.

When Is It Coming Out?

Ministry of Broadcast is already out digitally on PC and the digital version of the game will be on Nintendo Switch on April 28th 2020 with the physical version coming from Numskull Games being available in May 2020.