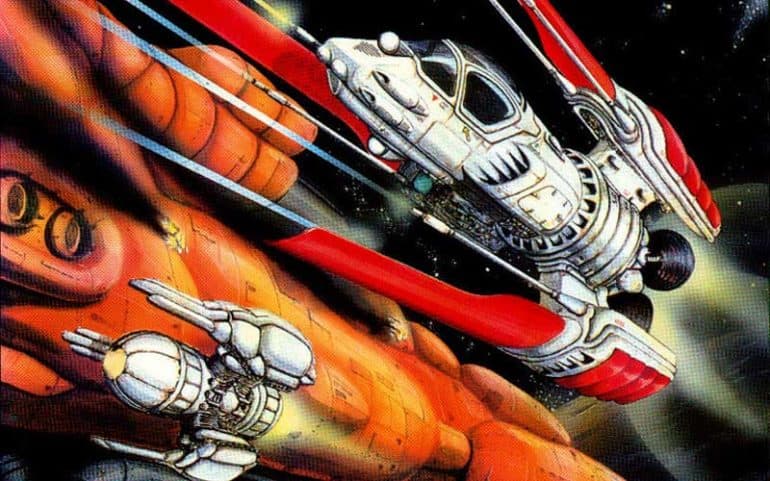 The Sega Megadrive was a fantastic machine for shoot ‘em ups, especially side scrolling ones.

Here’s Retroheadz pick of the ones to look out for, revisit or just be aware of if you ever have the need to destroy some evil empires and what not.

Released way back in 1990, Hellfire is an arcade conversion from Toaplan.

Hellfire looks stunning considering how old it is and, in our opinion, looks better than the arcade version which was only released a year before.

Its a bright and colourful Shoot ’em up and on top of that Hellfire has some great levels to conquer.

From starting out in space to fighting in what looks like ancient Egypt, Hellfire is one tough cookie, so expect to get properly frustrated as it takes an age to master.

If you want to buy a Genesis copy that will work straight on a PAL Megadrive expect to fork out somewhere in the region of £50.