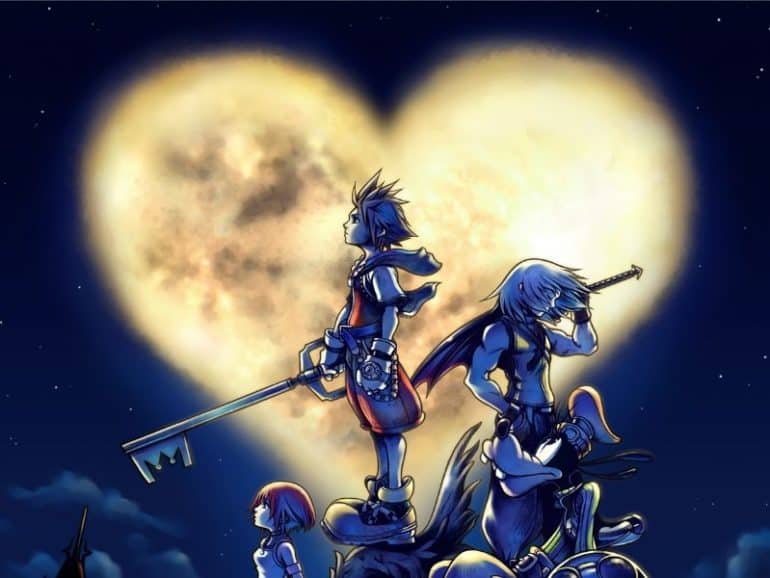 The PlayStation 2 had an incredible library of games from Star Wars battlefront 2 to Grand Theft Auto: Vice City. However, out of all the incredible games the PS2 had to offer one game in particular stands out in my memory. This game is the Action role -play game Kingdom Hearts.

Kingdom Hearts was produced by SquareSoft and the original was released in Europe in 2002 on the PlayStation 2 and the remix HD version which came out on PlayStation 3 in 2003.

Kingdom Hearts really brought together the bits we all loved from the Final Fantasy series combined with the childhood memories of watching Disney films such as Aladdin on repeat. This is a single player story driven game which keeps you hooked without the feeling of ‘can this hurry up and end’ like some games do.

The story starts with the characters Sora (main character), Riku and Kairi on destiny island when the island gets attacked and destroyed by the shadow creatures. All the characters get split up, leaving you on your own with the mysterious keyblade which Sora has found.

You then go on to meet Goofy and Donald who have lost King Mickey (Mickey Mouse). The story goes on to you and your team of Goofy and Donald traveling to different worlds in search of Mickey, Riku and Kairi and when in these worlds you also need to lock any keyholes you find along the way.

One of the most honorable moments in Kingdom Hearts is when Sora, Donald and Goofy are trying to close the door before the heartless escape. Right when you feel there is no hope, Riku and King Mickey turn up closing the door from the inside causing them to be trapped on the side with the Heartless, with the always remembered words from Mickey ‘Don’t worry. There will always be a door to the light.’

This leads on to another memorable but quite sad scene between Sora and Kairi. The floor is taking Kairi back to the Islands and before Sora and Kairi hands part he says ‘I will come back to you. I promise.’ This then leads you to play the other games to see if Sora keeps this promise.

Square did a good job with all the characters making them interesting and giving you an emotional link with the main character Sora. For its time, it had great voice acting and dialogue with the other characters which kept you interested in the story and not wanting to skip every cut scene or dialog which came up.

The use of Disney characters made the game so much more exciting as you would always be trying to work out what world and what characters Sora was going to meet next!

Some of these being Mickey Mouse, Tarzan, Peter pan… The list goes on. As Far as AI teams go Donald and Goofy are certainly not the worst.

However, it’s almost certain they will get in your way at some point or even worse they may cause you to die. The bosses on Kingdom Hearts are spot on, they mix the boss battles from fighting the Disney villains such as Giant Ursula to fighting the Heartless in others.

Kingdom Hearts has a progression difficulty system where bosses get harder the further you get into the game. You go from fighting easy bosses with no sweat to raging hard when you die with millimeters of Maleficent health bar left… (Controllers may have been broken at this point or the TV they are sticking out of).

Thanks to the cartoon design of the game the graphics have aged well, even if you do not agree there is also the Kingdom Hearts HD version which looks even better.

The fighting and movement system is fluid and for some people it’s the reason they loved the game so much. All these come together to make a quality game with a lot of replay-ability.

The music on Kingdom Hearts completes the game in my opinion. Hearing the music now brings me and many others straight back to the worlds of Kingdom Hearts. The game chooses the timing of the music well. When roaming the world, the music will be soft and relaxing and the next minute you will be fighting a boss with an upbeat tune in the background.

The series goes continues in Kingdom Hearts 358/2 which picks up where this one left off. If Kingdom hearts is as far as you got or you are new to the series completely you are in luck as you can pick up the complete collection later on in 2017, I know I will or just grab hold of this version of Kingdom Hearts and have a great time playing it.

Next up: Looking back at Star Wars Battlefront 2 for the Playstation 2 and see if its worth playing again