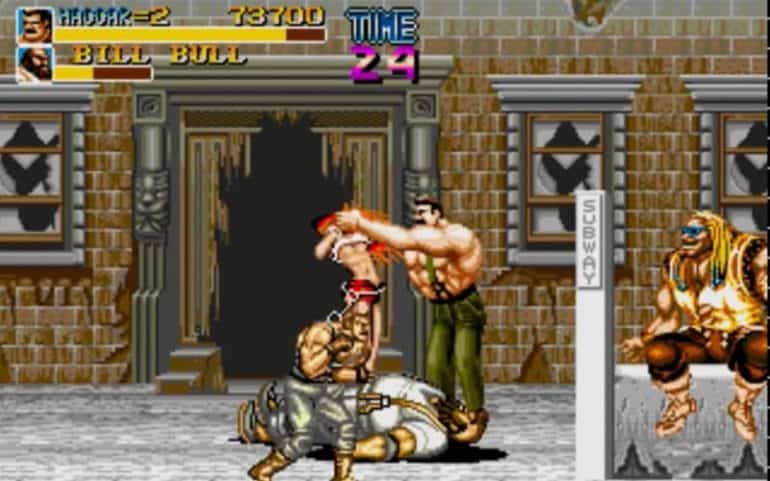 Final Fight, the classic side scrolling beat ’em up that originally came out in the arcades way back in 1989 is finally coming to the Megadrive/Genesis.

The game that was denied to Sega owners back in the day as it was an exclusive SNES release and helped spawn the Streets of Rage series in response is at last coming to the Megadrive thanks to developer CFX.

Final Fight MD is only available as a demo at present but is already upstaging the 1993 Mega CD version Final Fight CD which was the only (very expensive) way of playing the game on Sega Hardware.

It looks like all three characters are available to play (Guy, Cody and Haggar), also included alongside the main game is a survivor mode and its two players as well (something the SNES didn’t have until later versions of the game came out)

The Final Fight MD demo can be loaded on to a flashcart such as the Everdrive and we presume an emulator if that’s more your thing.

For those that just want to see it in action check out this gameplay video below.

Hopefully a full version of the game makes it out as game companies can get a little bit protective over their IP which is understandable, however for now at least you can play the demo which is available here. While we’re sure it will be fine to download please do so at your own risk.