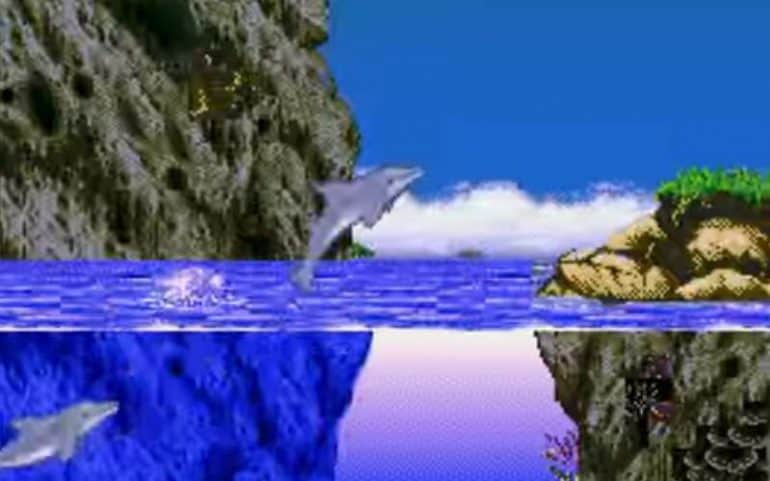 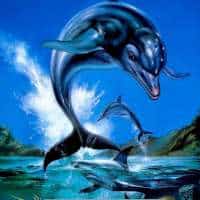 Ecco the Dolphin is one of the most unique games to be released on the Sega Mega Drive.

When it was released by developers Novotrade International in 1992 gamers were blown away by its stunning graphics, serene gameplay and its unique character.

The world just hadn’t seen a game like this anymore and as kids we were amazed by the concept of what this game was aiming to achieve.

What Is Ecco The Dolphin About?

Ecco is a Bottlenose Dolphin whose whole world is shattered when his pod disappears in a mysterious water spout.

It soon becomes apparent that it’s not just his Pod that have been sucked up but all marine life leaving Ecco alone to travel the oceans looking for his friends.

He soon meets an Orca who tells Ecco to find Big Blue, a Blue Whale in the Arctic who is wise and knowledgeable.

This sets Ecco on an epic quest that sees him travel time, discover Atlantis and even travel on an Alien Spacecraft.

Yes, it’s those pesky Aliens the Vortex who have taken his friends in a harvest that they undertake every 500 years and Ecco must find a way to defeat the Queen and change the course of history.

Enemies are defeated by ramming them with your nose but that’s no mean feat in reality as you have to get it just right. Tricky when Ecco has a 360 degree turning circle.

Swimming speed can be controlled and maintained by tapping and holding a single button.

Ecco can run out of air just like a real Dolphin so you have to swim to the surface regularly to breathe, you can also incorporate a lovely spin in the air if you like.

You also have to use Echo location to discover the world map around you and to also “sing” to other creatures which initiates dialogue.

This particular feature make the game seem utterly immersive and gives the game an eerie quality, especially when you haven’t encountered anything for a while.

One of the things that strikes you instantly about this game is the atmosphere.

In the opening when you’re swimming with your pod it’s beautiful and idyllic but as soon as they go there’s a melancholy to the music that creates an uneasy feeling which just builds throughout the game.

Each creature you meet is sad and afraid of what’s happening to their homes and you gain a genuine sense of responsibility for all the creatures of the ocean.

To create that much impact in a game is extremely impressive and even more so when you consider that this was 1992.

One thing that most gamers at the time were unified in when discussing Ecco the Dolphin was the fact that this was a seriously challenging game.

In fact many of us struggled to even get through the first level.

For those of us that stuck with it and progressed however it was hugely rewarding.

There was a real sense of achievement as you reached a new level because you knew you’d had to work seriously hard for it.

Creator Ed Annunziata even said that he made the game hard on purpose as he was afraid of kids renting the game and completing it before it was returned, making sure they bought it to complete it, clever.

Is Ecco the Dolphin Worth Revisiting?

This is a game that just doesn’t get old, despite its age it still feels relatively fresh and it is still just as hard.

The music is still great and transports you to Ecco’s world in just the same way as it did back then.

The graphics may look dated by modern standards but they are still incredible when you consider that this was a 16-bit game.

We absolutely loved getting this out again and we’re certain that you will as well.

Even better news is that if you don’t have a Mega Drive you can play Ecco the Dolphin on the upcoming Sega Mega Drive Mini along with 41 other games. If that isn’t incentive enough to play again we don’t know what is.

Ecco The Dolphin (1992) Mega Drive Classic Review
Is it worth playing again?
Ecco the Dolphin is unique and worth your time but make sure you're up for a challenge as it will certainly give it to you.
Graphics
95
Sound
97
Gameplay
90
Classic Factor
87
Reader Rating16 Votes
87
Good Bits
Totally unique gameplay
You're a Dolphin!!!
Bad Bits
Damn hard in places
Sometimes feels a bit empty
92
Retroheadz Score