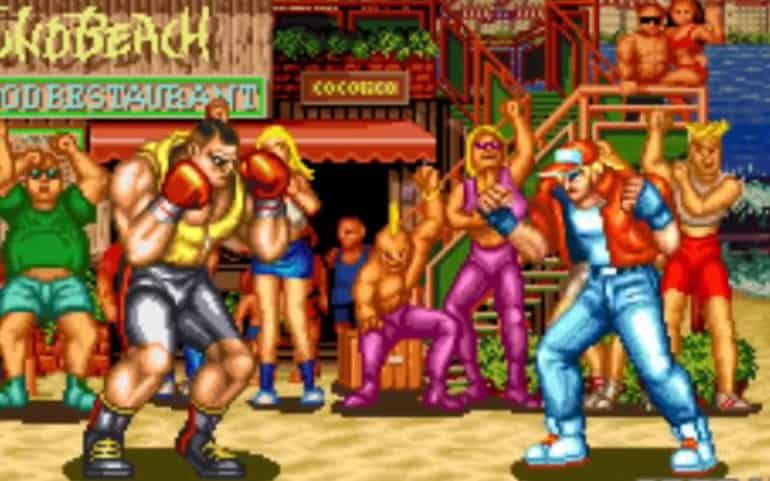 SNK are really ramping up the value of the Neo Geo Arcade Stick Pro.

Not content with just the original 20 games on the huge arcade stick based retro console, they recently added Metal Slug 1 & 2 to the roster which were available to download and add to the stick (via its USB port) and now there’s four more games to add to to the console.

The four new games available on the Arcade Stick Pro are:

As you can see the original Fatal Fury is finally available on the system as is one of the most stunning looking Neo Geo games, The Last Blade and yes these are fighting games which the system has in droves already but they are good to have.

League Bowling is a very early Neo Geo game that came out in 1990 and is, yep, you guessed it a fun little ten pin bowling game. Fun fact its also one of the smallest Neo Geo games at 26 Megabits.

Finally, the awesome Shock Troopers makes its debut on the system. This classic game plays like Commando and Mercs and is a solid overhead run and gun game.

The question remains, what’s next from SNK? Maybe some cool Neo Geo Shoot ’em ups? We’ll have to wait and see but it you have a Neo Geo Arcade Stick Pro and want to add these games on then head on over to their website and go get them.