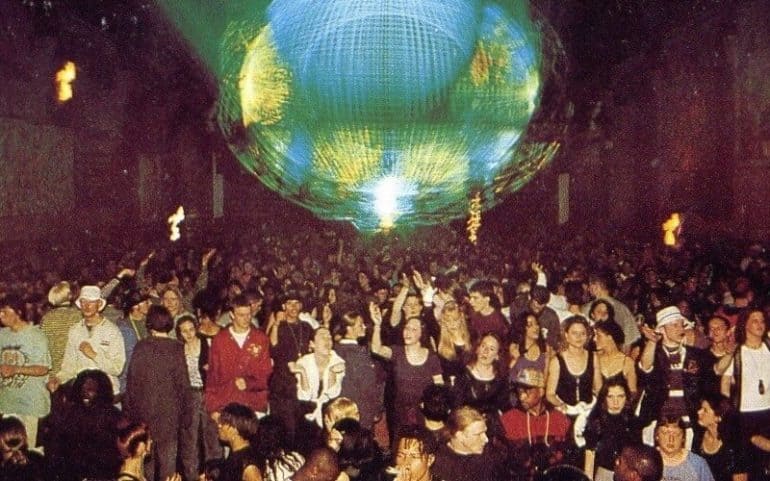 Happy Hardcore, the bouncy, fast and frantic music genre that peaked back in the late 90’s is seeing a huge revival of late with new labels and artists bringing the old sound of the 90’s back.

Thanks to the pandemic many would be producers suddenly had a lot of time on their hands and the cash to buy equipment and set up home studios so they could pump out new tracks ready for the eventual easing of lockdown across the world.

As we accelerate into the 2020’s the sound that was derided by many back in the day is back with a vengeance along with Bouncy Techno, a simpler more techno edged sound that last peaked in the mid 90’s, so what is causing this resurgence?

Mostly it’s nostalgia as Happy ravers from the heyday enter their 40’s and see it is as one last chance to dance, produce and live the dream of having a label and the glory of having releases.

This core demographic is the one that partied hard in the 90’s and 2000’s before the inevitable settling down for family and careers took hold and where we all had to do grown up things because you know, that’s life.

However, the sudden influx of free time and the rise of boutique labels with quick and easy distribution and producers who remember the Happy Hardcore sound and want to go back to their roots have been for many compelling reasons to jump on board and bring the sound of their misspent youth back for a revival that looks set to take hold.

Most of the new releases tend to stick to the original sounds, with the classic chunky and heavy kick drums, tons of Amen style breaks, hoover stabs and uplifting Korg M1 powered piano breakdowns

This classic style sits alongside tracks that are a natural progression of how it would sound after 25 years since the likes of Heart of Gold and Toytown boomed out of venues like the legendary Sanctuary in Milton Keynes.

This new sound updates the heavy kick drums and stabs with a modern edge that breathes new life into old and familiar sounds.

The rise is also due in part to hugely popular podcasts such as R.O.A.R where they interview all the big names from back in the day across all rave genres with a huge focus on Happy Hardcore with interviews from the likes of Hixxy and Force & Styles to name a few.

There are also regular shows on Kniteforce Radio and The Bonkers radio show presented by the legendary DJ/MC Sharkey and DJ Brisk doing his Team Brisk shows on Twitch being just a small amount shows, interviews and media that is coming out.

On top of this many old producers such as Euphony, DJ Kaos, Devastate have come out of retirement to bring their old and unique sounds back to the ravers alongside the plethora of new artists who are releasing tunes on labels such as El Capitano Recordings, Lazarus Recordings, Kniteforce Records, 4 The Core Recordings, Safe As Records, Second Drop Records and Rave Muzik a German/Scottish label focussing on the harder European sounds of the 90’s.

This constant stream of releases and in turn building up quite a following amongst ravers old and new.

We asked Steve Theobald also know as DJ Deluxe who runs Lazarus Recordings has been at the forefront of the happy hardcore revival and alongside doing the mastering for many labels we got his thoughts on the revival and growth of the scene.

“Happy Hardcore has been seeing a healthy revival over the last couple of years. I think lockdown has allowed people to re-connect with what they love and we are currently seeing a resurgence of labels, old and new, and some of the old artists are coming out to play again.”

Do You Want To Make Happy Hardcore?

If you’ve always wanted to make happy hardcore music then there’s plenty of resources out there to choose from.

There are tons of YouTube tutorial videos and sites that sell sample packs to get you started.

This is alongside free VST’s such as the excellent Rave Generator 2 which has all the classic sounds built in to it to get you started.

There’s also an active and friendly community on Facebook where you can get advice, share ideas, collaborate and get feedback from others doing the same.

Well, it all depends if the revival flame gets passed on to the next generation of ravers and producers.

Could it be one last hurrah for the sound that for many is pure 90’s nostalgia? We think it will be fun watching it evolve just like any genre does.

Don’t expect the likes of Radio 1 to be giving it much airtime as the speed and energy of the music have never been about mainstream acceptance and thank goodness for that.

The main thing is that older ravers get to have one more chance to dance and after the last 18+ months of pandemic mania that can only be a good thing.

Perhaps in 20 years time we or someone somewhere will be talking about the revival of the revival again because we all know that, well, Hardcore never dies!

Have you got back into producing over the lockdown? What spurred you on to do it? Do you have any tips for would be Happy Hardcore producers? Let us know in the comments below.