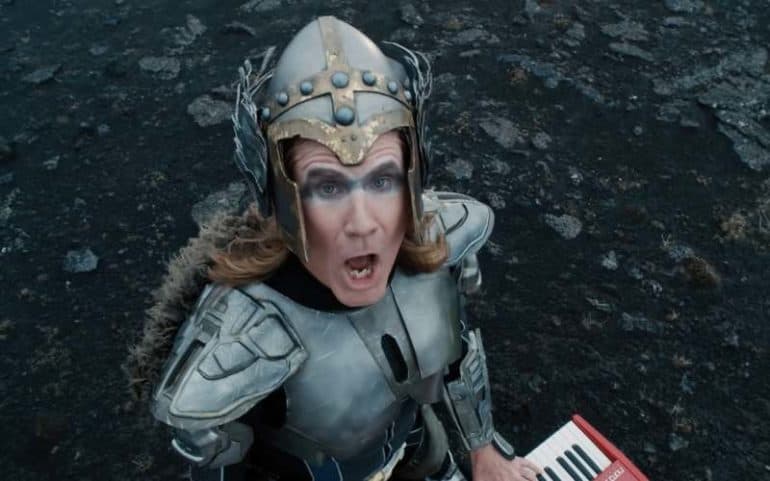 One thing that many people were gutted about during the pandemic was the postponement of the Eurovision song contest.

The annual pan-European song contest is a chance for countries to flex their cultural muscles and bring awareness to their culture and identity and put them in the spotlights for a few minutes to an audience of up to a billion people.

Luckily we don’t have to wait until 2021 to see the show as Netflix is about to give the world a comedy movie starring Will Ferrell as Lars and Rachel McAdams as Sigrit who are an Icelandic pop duo who get the chance to represent their country in the long running competition.

Ahead of Eurovision Song Contest: The Story Of Fire Saga they had already released the song they will be singing in the movie just like in real life and its perfect, taking cues from a whole host of Eurodance songs of the past. Want to see it? Well here it is.

If the catchy song has lit a fire in you and left you humming it for days on end and you want more then good news, the trailer is out now too that also features Pierce Brosnan as Lars’ father and even has Graham Norton on the announcer duties just like the real thing.

The underdog story looks to be packed with laughs throughout and shows the behind the scenes rivalries that are never seen on the day as its smiles and unity all round when we get to see the acts backstage.

Anyway on with the show, we mean trailer.

When Is Eurovision on Netflix?

The comedy movie is out on the 26th June on Netflix everywhere.

The question remains will it be nil points or will we be seeing Iceland as the winners of the contest.

Whatever its like upon release we reckon the everyone could do with a movie like this right now.

We can’t wait to find out, what about you?