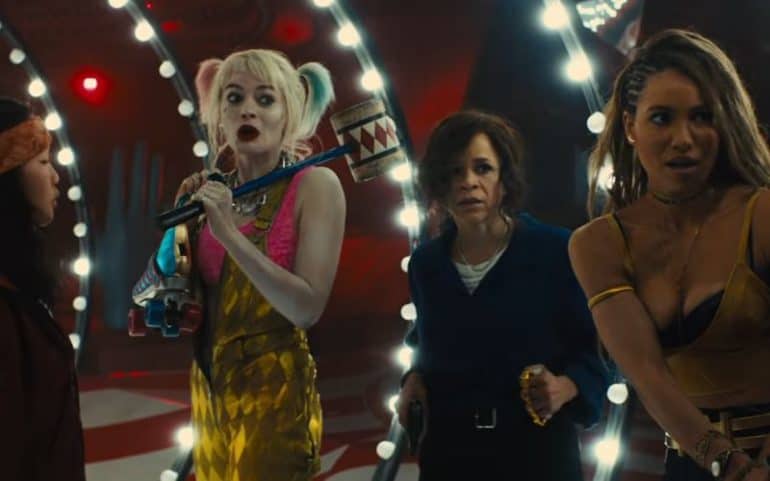 Great Movies To See At UK Cinemas In February

Winter may be in full effect but if you are getting cabin fever and need to get out and stay out of the cold then a trip to the cinema should be just what you need.

Here’s our pick of the best movies to go and see at the cinema in February 2020 whether its comedy, horror, Sci-Fi, action or feel family good movies there should be something for everyone.

Colour Out Of Space

Nicolas Cage stars in this Sci-Fi Horror movie based on a short story from H.P. Lovecraft about and extra terrestrial meteorite that lands on is farm which infects peoples minds and turns the quiet rural town into a nightmare.

Colour Out Of Space is out on February 28th.

Sega fans rejoice as Sonic The Hedgehog is finally out.

The movie stars Jim Carrey as Dr. Robotnik and should be a fun film for all the family to go and see.

Sonic The Hedgehog is out on Valentines Day (Feb 14th if you need reminding) so if you and your other half are fans it should the perfect date!

Margot Robbie reprises her role as Harley Quinn along with an all star female cast of anti heroes from the DC universe.

Birds Of Prey is out on the 7th February and for comic book fans and those missing some Marvel action this could be a must watch movie.

Steve Coogan, David Mitchell and Isla Fisher star in this British comedy movie about an insanely rich fashion mogul who’s reputation gets dragged through the gutter after a public inquiry in to his fashion empire.

He does what all out of touch wealthy people do, he decides to throw a come back 60th birthday party to repair the damage and be the top dog again.

Greed is out on the 21st February.

The Call Of The Wild

If you’re hankering after some adventure then this adaptation of the classic book of the same name might be just what you need to add some colour to a boring month.

This family friendly adventure movie stars Harrison Ford as the owner of a dog names Buck and together they go on an epic Alaskan adventure where the wilderness looks to be just as much a star as they are.

This documentary film about the history of Drum & Bass and Jungle music features loads of interviews and insight from the cream of the scene and has tons of unseen archive footage from One Nation and reveals everything that went on during those heady early days of the scene that’s still going strong today.

This movie is out on the 21st February and it will be worth checking out although it may be one to see at independent cinemas rather than your chain picture house.

The drama has some funny moments among its strong message and stars Emilio Estevez (who also directs the movie), Alec Baldwin and Christian Slater.

The Public is out on the 14th February in the UK.

So there’s our pick of the best movies to see at the cinema in February. Which movies are you going to see. Let us know in the comments below.