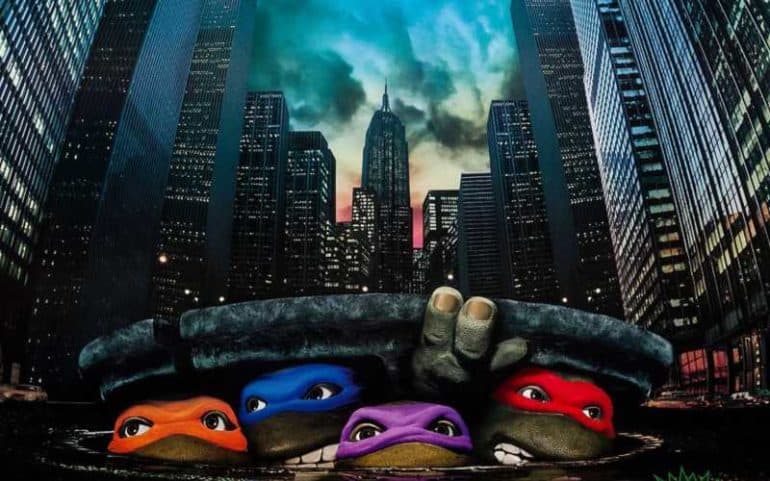 There were toys, cartoons, computer games and even frozen pizzas (apple and tomato anyone?) it was just as crazy as 1989’s Batmania was.

So the biggest thing to hit the cinemas in 1990 for most kids was the movie which was frankly awesome to watch back then as they took on Shredder and his foot soldiers in New York with the help of Kasey Jones and April O’Neil of course.

Oh no! Not again!

What’s bad for John Maclaine is good for us.

Die Hard 2 see’s Bruce Willis reprise his role as the tough cop/one man army as he takes down an evil Colonel who takes over an airport to secure the release of a nasty General.

What entails is a fantastic action movie from start to finish and yes, it’s set at Christmas again just like the first one.

This movie helped finalise the transition for Arnie from violent action star to a firm family favourite and what a fun movie this was although it didn’t make it out in to the UK until early ’91.

Luckily, people already knew in advance that it was a fun movie to watch as tough cop Arnie goes undercover as a Kindergarten teacher to catch a violent criminal he’s been trying to apprehend.

It was a great mixture of comedy and action and some seriously good one liners like ‘It’s not a tumoooooour!’

Spiders, you either love them or have a primal fear of them.

If you were hyped up about Arachnophobia then chances are you had a fear of them after watching this and many a toilet was checked from there on as well.

Bill Pullman’s house is invaded by a new species of venomous spiders and has to confront his fears when he has to fight the viscous and intelligent spiders.

Dan Goodman as the local exterminator brought some much needed comic relief to this sweat inducing movie.

Roald Dahl was a legendary story writer and his books have been entertaining kids for decades so when a movie version of The Witches came out kids everywhere had to see it and was pretty magical for kids and families everywhere when it came out.

There you have it. Has Retroheadz missed out any 1990 movies that you loved? Let us know in the comments below if we have and tell everyone what your favourite 1990 movie is from the above.