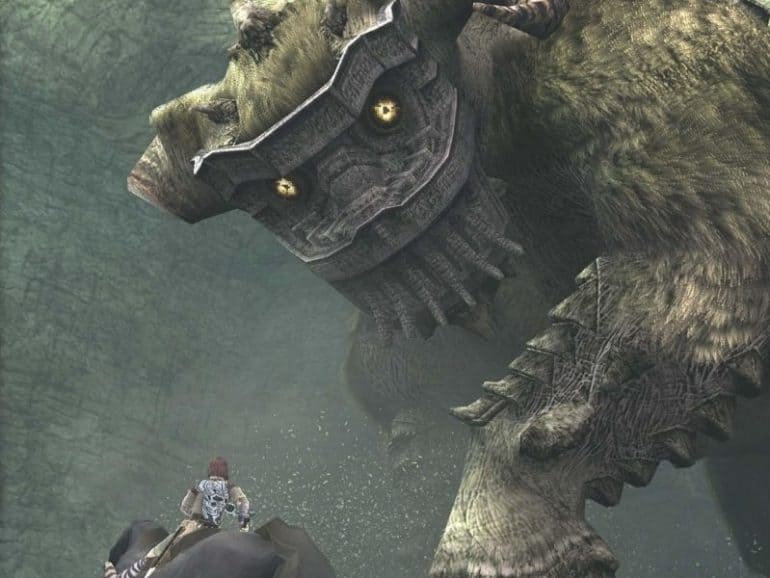 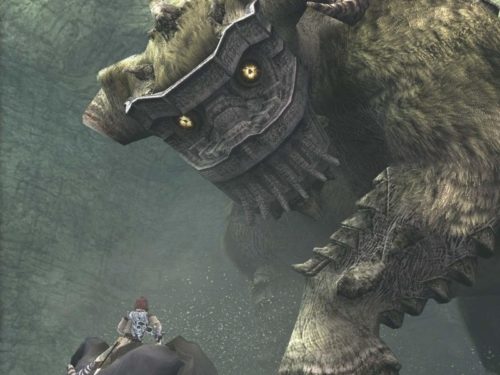 Anyone who played Shadow of the Colossus, whether it was the HD PlayStation 3 remaster or the original 2005 release had the call “Argo” burned in their brain.

Released by Sony, it was arguably the most visually stunning PlayStation 2 game ever created, well at least it was for me.

The plot of the game has always been somewhat vague due to the extreme lack of dialogue. It’s a fantasy world taking place in a ‘Forbidden Land’ surrounded by sea, canyons, caves and even the ruins of man-made structures.

You play as ‘Wander’ a young man who is tasked with resurrecting a mysterious girl. To do that you must slay 16 Colossi (easier said than done) who all live in different environments with different weaknesses. You must constantly be adapting to survive.

To do that you must slay 16 colossi (easier said than done) who all live in different environments with different weaknesses. You must constantly be adapting to survive.

Jumping and clinging to the fur and different ornaments spread around the body of a Colossi is one of the most awe-inspiring video game moments. The incomprehensible scale of the beasts has never since been captured virtually.

The fluidity and movement in Shadow of the Colossus is special in its own way and was critical in the feel and emersion of the game.

Argo (The trusty horse companion for those who don’t know) was a big help in getting around the environment and the large open spaces, which somehow still always felt full, despite the vastness.

Some battles heavily relied on Argo, and some took place entirely on water, rendering Argo useless!

Once you start down the path, you won’t stop raising your sword to the sky trying to pinpoint where the next battleground is, well not until you’ve taken down all 16. Each of the battles feels new and different, no repetitive gameplay here.

Many consider this just as much as a puzzle game as an Action adventure game. You have to be able to find and exploit a variety of different weaknesses, or there is absolutely no chance you are going to be triumphant. The grip mechanic is unique and requires an extra level of attention if you want to stay perched on top or clinging to the monster. If you fail and let the meter completely diminish you risk falling and losing your advantage over the colossus.

The grip mechanic is unique and requires an extra level of attention if you want to stay perched on top or clinging to the monster. If you fail and let the meter completely diminish you risk falling and losing your advantage over the colossus.

I can see how fans of many genres can come together and appreciate this… work of art. It provides Puzzles, action, adventure, collecting and leveling up.

And to be honest, who doesn’t want to fight beasts 100x larger than your character and actual feel like it was a fair fight that you deserved to win.

All in all if you remember Shadow of the Colossus you should really play it again and if you never have, it’s one to add to your must play list.

Shadow of the Colossus – PlayStation 2 Retro Review
Is it worth playing again?
A game of immense beauty that deserves your attention. Go grab your PS2 out of the loft or get this game on eBay and prepare to be amazed at its desolate splendor.
Graphics
90
Sound
80
Gameplay
90
Classic Factor
85
Reader Rating2 Votes
83
Good Bits
Beautiful game to look and play
Bad Bits
Plot is a bit vague
86
Retroheadz Score