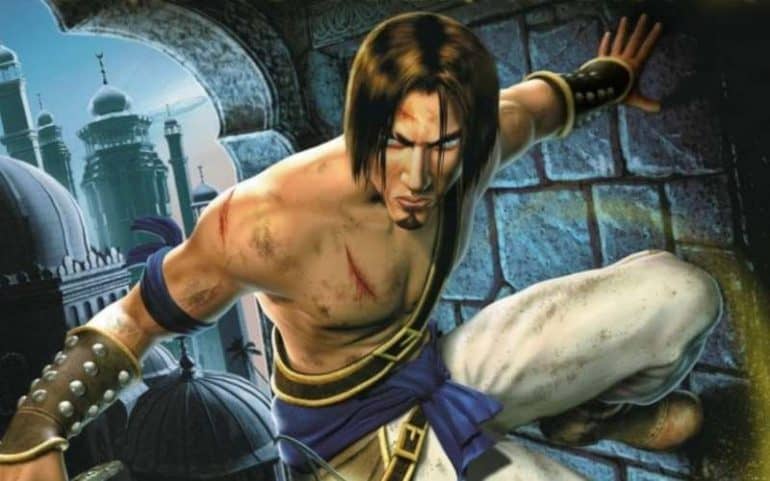 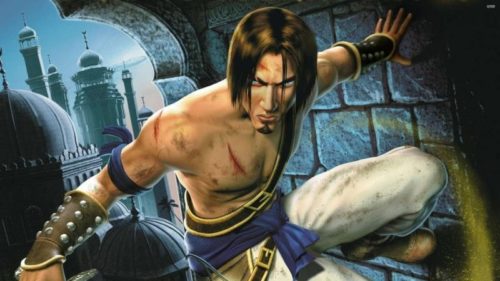 In 2003 Ubisoft released ‘Prince of Persia: The sands of Time’ on the PlayStation 2 as a much-improved sequel to the original .

It has been referred as “How to make a decent sequel” by flawlessly converting its mechanics into a 3D world that captures the player’s interest and wonderment.

Prince of Persia The Sands of Time uses environmental bases puzzles to challenge the gamer, who needs to use the wonderful, smooth and intuitive movement system to progress through the levels.

The puzzles can get quite challenging, but they can always be logically worked out and very satisfying to complete.

As well as puzzles the Prince does dabble in a bit of combat. The fighting, while still engrossing, does not always reflect the same level of detail and perfection as the other aspects of the game.

You can often find yourself pulling the same finishing move for every single enemy, becoming a little stale.

But you soon forget about that when you’re faced with your next free running/puzzle to complete.

The Prince also has a female companion that accompanies him throughout.

She’s admired as she is one of the few NPC companions who don’t get in the way and infuriatingly die repeatedly, causing the player to have to babysit them, ensuring they don’t perish.

The Graphics even to this day relatively hold their own, the design and the detail of each room and environment you journey through is overwhelming.

The reflections, light beams, and water effects are just little things that draw you in and immerse you into the variety this game provides.

Once you get used to how the camera system works and moves, you’ll be wall-running all over this stunning game.

The Sound in this already great game does a good job at fitting the Middle Eastern setting with the dialogue feeling well performed and clever. It has a certain charm, even breaking the 4th wall occasionally.

Is Prince of Persia The Sands of Time Worth Playing Today?

If you played this sequel, then you should definitely give Prince of Persia another play through because it deserves it!

Even if you never played this title, you can pick it up for relatively cheap today so you have nothing to lose.

Prince of Persia: The Sands of Time – PlayStation 2 Retro Review
Is it worth playing again?
It's and amazing and classic title. the only one thing stopping it from being perfect was it's slightly lacking combat. Other aspects do make up for it so that's why should play this old legend of a game again.
Graphics
80
Sound
80
Gameplay
90
Classic Factor
85
Reader Rating2 Votes
90
Good Bits
Look fantastic for what its running on
Bad Bits
Combat system will take some getting use to after playing modern alternatives
84
Retroheadz Score