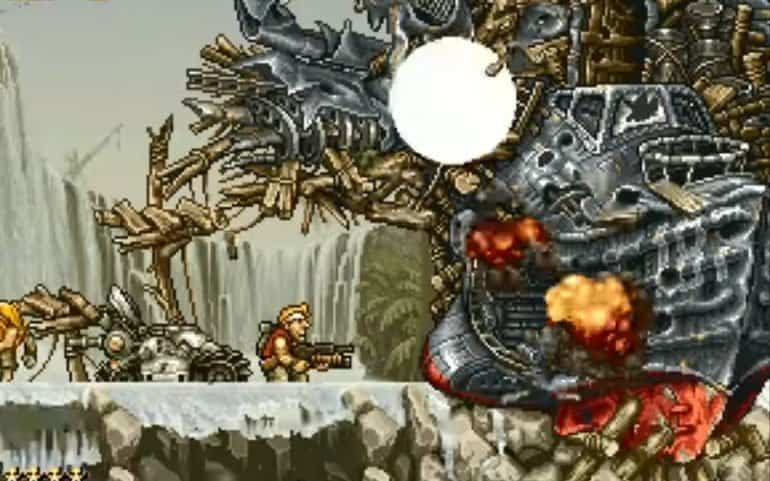 Metal Slug, the stunning and incredibly hard games series that had its first debut in 1996 on the Neo Geo AES and its MVS arcade cousin and later on countless other systems is getting an official book about the series from Bitmap Books.

The book will feature stacks of information about the series and will have loads of concept art and some never before seen documents and pictures related to the development of this much-loved hand drawn and animated Run and Gun series.

This book is officially backed by SNK, the makers of the legendary Neo Geo and will not just be full of pictures (which it will) it will also have lots of content about the history of Metal Slug.

Speaking of content, the book will have 11 detailed interviews with the original developers of the game which will undoubtedly provide in-depth insight in to the games and how they were made.

Here’s a trailer for the book. Prepare to drool!

When’s The Metal Slug Book Out?

Metal Slug: The Ultimate History is set to come out in September 2019.

The book start from £29.99 which is in line with other releases from Bitmap books that have come out in the past and pre-orders are now open which you can do here.

They also have a really cool ultimate edition with sound activated slipcase (Heavy machine gun!) but its not in stock at present and may mean its already sold out.