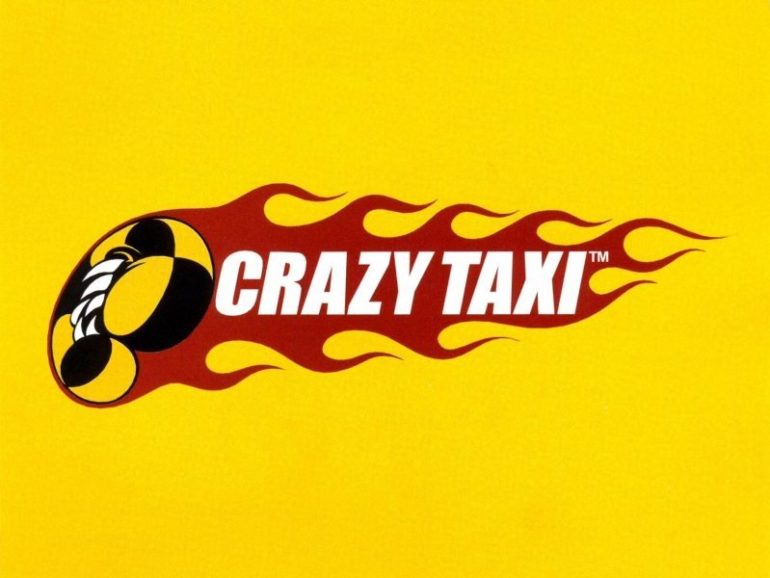 By Poppy Carter
In GamingReviews
on October 2, 20162 min read 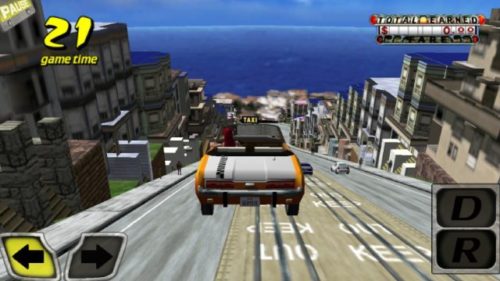 Crazy Taxi is a racing video game developed by Kenji Kanno and published by Sega.
The aim of the game is to pick up taxi customers and get them to their destination, as quickly as possible. Along the way you can earn money by performing stunts.

You are directed to the passengers destination by a massive green arrow at the top of your screen, it doesn’t adjust based on obstacle, but just points in the general direction of the given destination.
Once you are close enough to the destination you can stop within a given zone. Then once you have reached the destination the customer pays their fare and is added to your money earned.

Ratings are then awarded to the player depending on how long it took you to complete the journey.
If the time runs out before you are at the customer’s destination then the customer will jump from the taxi without paying and with the timer counting down you had to find another fare quickly to stay in the game.
You can select three, five or ten minutes or ‘arcade rules’ used in the original version of the game. For the time limited setting you play for the designated amount of time chosen then the taxi stops automatically, so no more points can be scored.

For the ‘Arcade Rules’ the player starts with one minute of gameplay but it can be extended with time bonuses earned from speedy journeys.
Console versions of the game also had the feature ‘Crazy Box’ which was a set of minigames such as dropping off a number of customers within a time limit, bowling using the taxi as the bowling ball and popping giant balloons in a field.

Crazy Taxi was a great and early example of what an open world game could deliver. The sense of freedom while marred by the timer counting down constantly left you wanting to explore as much of the sunny California themed city and all its quirky secrets that are hidden away in the game and its pop punk soundtrack.
Crazy Taxi is a crazy dash of fun while some argued that Crazy Taxi stuck a little too close to the arcade version to have any real longevity, the replay value came from the sheer fun of the game.

The Game was originally release in arcades in 1999 and was then available on Dreamcast in 2000. Both versions are very close as the arcade version runs on Sega’s Naomi board which is a arcade version of the Dreamcast itself.

Crazy Taxi also became available on PlayStation 2 and Nintendo GameCube in 2001 and then Microsoft Windows in 2002.

It has since then been re-released for the PlayStation Network, Xbox Live Arcade, iOS and is also featured on the Dreamcast Collection for the Xbox 360 and PS3 so there’s plenty of options to choose from if you want to relive the glorious days of being a taxi driver but for the sheer thrill of it the arcade version is the one to try and play closely followed by the Dreamcast version.

Up Next: Take a test drive literally in our review of…uh…Test Drive

Crazy Taxi (2000) – Dreamcast Retro Review
Is it worth playing again?
Crazy Taxi is a great way to spend a few minutes. Innovative and anarchic fun for the late 90's arcade fans, it still looks and sounds great today.
Graphics
88
Sound
80
Gameplay
69
Classic Factor
90
Reader Rating2 Votes
86
Good Bits
Bright and colourful
Rocking soundtrack
Bad Bits
The timer is a savage
While its fun, It's only good for a short play
82
Retroheadz Score