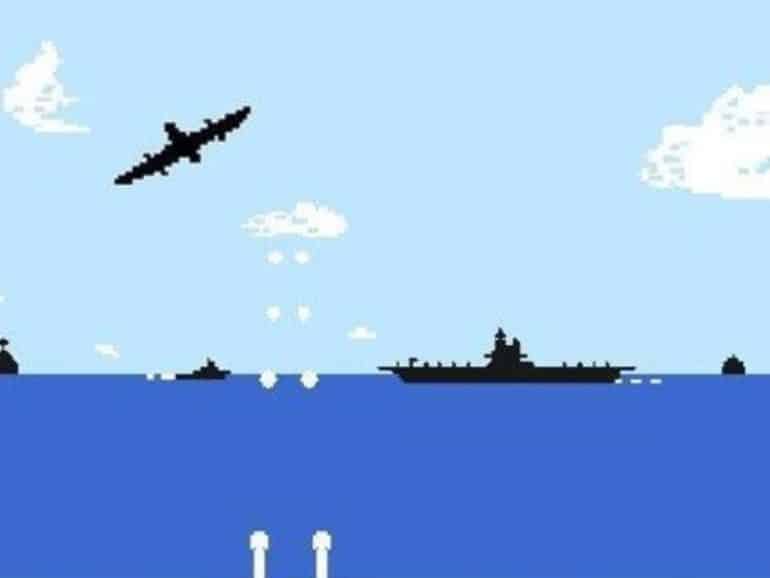 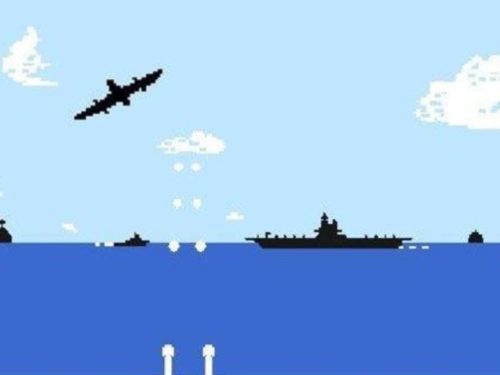 Surely the only games that came out then must have been redumentary at best, they surely can’t stand the test of time can they?

Well, one game stands out for us and it’s still great fun to play today. The game? Beach Head on the Commodore 64.

So what’s it all about?

Well, you have to safely take your fleet of ships to the Beach Head and storm the beach to take out the giant guns at the end. Sounds simple? Well, yes it is compared to today’s 4K shiny games but it’s the gameplay that still stands out today.

With any old game you really shouldn’t compare it to today, the best bet is to put on some rose tinted spectacles and pretend just for a few minutes that it’s 1983 and your sitting there waiting for Beach Head to load up and take you into the action.

Once the game is loaded (or you can cheat with an emulator nowadays) you start off on a map where your fleet is represented by some white dots on the screen, you need to guide them to the first part of the game, the cave section.

The cave section has loads of torpedoes coming across the screen and you have to safely navigate your 10 ships through the hazardous waters and come our the other side. Its simple and effective, go too fast and you’ll hit one of the mines that are dotted about and too slow and you might get hit by one of the torpedoes.

Its fun but the best bits are once you get through this.

The next stage has you manning an anti-air gun where an enemy aircraft carrier is launching its bombers to come and stop you. It’s fun shooting down the planes and given its age it still works well today.

Our favourite level is next. The enemy fleet that launched the planes now needs to be taken care of and for us, this is the best part of Beach Head. They are shooting at you too so every now and again you hear a whistling sound and see a white splash as they range the shots at you.

Luckily you get to do the same and you have to work our the angle of trajectory required to get a hit. It can be quite nerve-racking, even today when they are hitting your ships and you aren’t close to getting theirs. But it still evokes joy when you do. Gameplay elements like this that stand the test of time deserve our attention still.

Once your past this, its on the game’s title, the Beach Head itself. Now you have tanks that you have drive around all the obstacles to finally take on the big bunker and destroy it with some rapid firing action and that’s it. You’ve done it.

Beach Head is a great game and the fact that its over 33 years old and still fun to play says a lot about the quality gameplay that this game has in droves.

Is it great to pick up and play on an emulator (or load the old fashioned way by tape whilst you make eight cups of tea). Yes it is. Forget the graphics, its an old game even by Commodore 64 standards but its fun and that’s the main things isn’t it?

Games are meant to be fun and Beach Head is a few minutes of escapism that does a stellar job at capturing a World War 2 sea battle and invasion.

Beach Head, we salute you!

Beach Head – Commordore 64 Retro Review
Is it worth playing again?
One for diehard retrogamers and those that want to go back to the early 80's and reminisce. Fans of the C64 will know this one well. Those who don't, if you get a chance to play it, do so!
Graphics
60
Sound
55
Gameplay
80
Classic Factor
85
Reader Rating4 Votes
89
Good Bits
Great variety
Shooting the ships guns is great fun
Bad Bits
Sound is rudimentary at best
It's short
70
Retroheadz Score