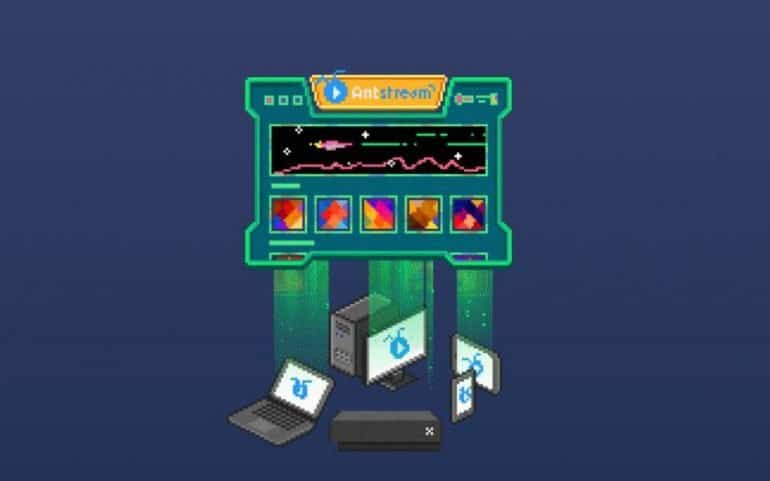 A new subscription based streaming service to play classic videogames is close to hitting its funding on Kickstarter.

The new service, called Antstream is backed by games industry legend Ian Livingstone and looks set to reach its funding goal of £50,000 and could possibly go way beyond that given the time left at time of press.

Here’s what we know so far about Anstream.

Antstream is being billed as the Netflix of Retrogaming.

It’s a subscription-based service meaning you pay a fixed fee over a period to have access to all the games available with new (old) releases coming out frequently.

How many games will be available on Antstream?

According to their website it will be launching with 400 games across multiple formats but it also states they have 2,000 games licensed so new releases should be regularly coming out.

Where will Antstream be available.

Initially it will be available in Europe and North America and will be on Windows, Mac, XBOX One and Android to begin with.

iOS is set to follow once approved by Apple.

Do you need an emulator to play the games on Antstream?

You’re streaming so you don’t need anything else to play and it will work with existing controllers, keyboards or touchscreens.

Any extras with Antstream?

They’ll be weekly challenges and trophies to win with over 100 challenges available at launch both solo and against other players which sounds like there will be a community element too.

When is Antstream launching?

According to their kickstarter page, it will be in Beta phase during the summer and will be officially launched towards the end of 2019.

How much will Anstream cost?

We couldn’t find anything on the site yet but we’d hope its no more than £10 a month.

Any more than that and it might deter casual users.

It gives a way for gamers both dedicated and casual and legal way to emulate and play classic games hassle free and because they are licensed it means money going back to the original creators.

A couple of things we hope will be sorted from day one are input latency as users will be streaming direct from their servers although we’re sure this will be fine as streaming services have to get this right as it’s the primary way of delivering the service so that has to be great from the start.

Although this might be a moot point as the bandwidth to stream old games will be miniscule compared to modern games.

The other thing is and the elephant in the room is that many retro gamers have already got the ROMs and have been emulating for years or have their favourite old games in official compilations and digital downloads for already so do they want to pay for them again?

These core users might not see much value in it as they already play the games available already via other methods.

However they may use the service anyway to support the scene and for the challenges and community aspect which sound interesting and fun.

Whilst streaming services are popular it is getting to the point of over-saturation of this type of payment method for many as they all add up so it has to be something truly special to remain high on peoples keep list.

Basically price point will be everything.

For Retrogamers everywhere though it should be a no brainer and for instant hassle free nostalgia we’re really excited about Antstream.

What do you think? Will you be backing the service or subscribing at launch?