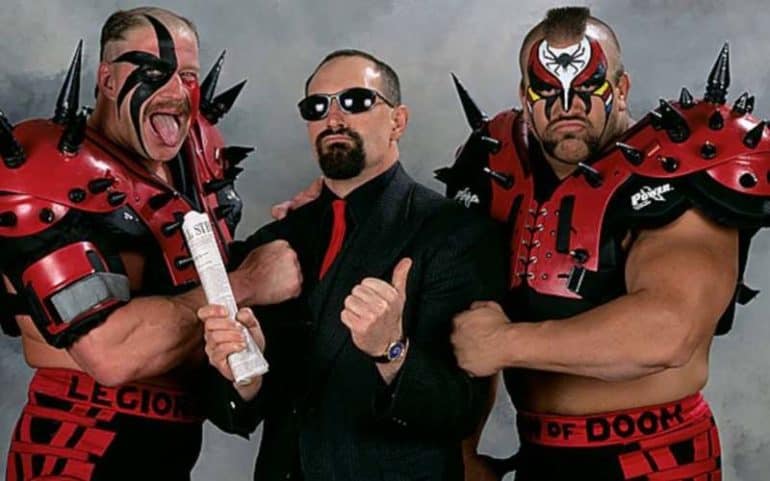 In the crazy world of professional wrestling there have been many superstars that have captured our attention.

These larger than life characters that have lit up our TV screens and provided countless hours of fun, all in the name of sports entertainment.

Our house in the 90’s was a hotbed for wrestling, much like many homes across the world.

We all had our favourites and had the action figures and the ring.

Even the cassette tapes with the entrance themes to make the action figures come to life and who could forget the WWF Superstars – Wrestlemania album… An instant classic for any fan.

The top Superstars competing week in, week out to collect the gold or continue a long running feud, down the years there have been some truly memorable moments and matches.

The singles competitors have become accustomed to holding most of the limelight, and through time there have been some standout names, names such as Rick Flair, Hulk Hogan, The Ultimate warrior and The Undertaker to name a few,.

Theses guy’s have long been the bedrock of what the sports entertainment industry has been built upon.

Today we will be looking back at legendary WWF wrestling tag-teams of this pivotal era, some of these tag teams went on to burst the scene and ripped up the wrestling landscape

Here we have 10 tag teams from the WWF era of wrestling, some stone cold legends and innovators of yesteryear.

From their quirky ring walk to their love of giving whoever it may be a little lick, these guys provided a whole lot of entertainment whilst on their quest for gold. Sadly during their time in the WWF they never managed to grab the coveted Tag Team tittles, coming close on several occasions only to fall agonisingly short.

The one time tag champions are best known for one the great wrestling heel turns of all time.

Rewind to January 1992, Michaels delivers a savage Sweet Chin Music on Jannetty in Brutus’ Barber Shop, add to that being thrown through a glass window and their split was complete.