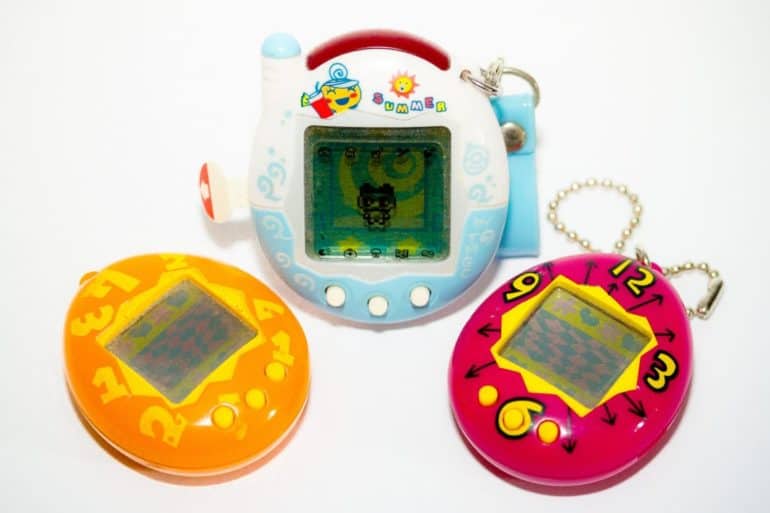 The Struggles All 90’s Kids Had With Tamagotchi’s

By Poppy Carter
In Culture
on September 7, 20161 min read

The Tamagotchi was released in 1996, they were egg shaped and available in many designs meaning there was one suitable for everyone, although if your Tamagotchi was extra trendy this could cause rivalry on the playground.

Tamagotchi’s were a digital pet, a one off payment your parents paid so you didn’t endlessly beg for a dog.

These cyber-pets were supposedly an alien species that dropped an egg on Earth to see what the planet was like. The egg would jiggle about and eventually hatch, letting you name it, learn about its gender and species. This bit was most exciting, is it a boy? Is it a girl?

Anyway the aim of the game was to raise the Tamagotchi from baby, child, teen all the way to an adult (later versions had a senior stage).

Having a Tamagotchi were a big commitment for a school kid, these things were seriously hard to keep alive.

The pets had a hunger, happy and discipline meter that needed to be attended to so the pet stayed healthy. You had to scold them and even put them to bed, looking back, looking after a Tamagotchi seemed more like a chore then a toy, but they were addictive nonetheless.

Having a Tamagotchi was a lot of work but also a ton of fun, later versions even meant you were able to connect with friends and your pets could eventually marry and have offspring.

Did you have a Tamogotchi? How long did you keep yours alive for? Share your memories below.