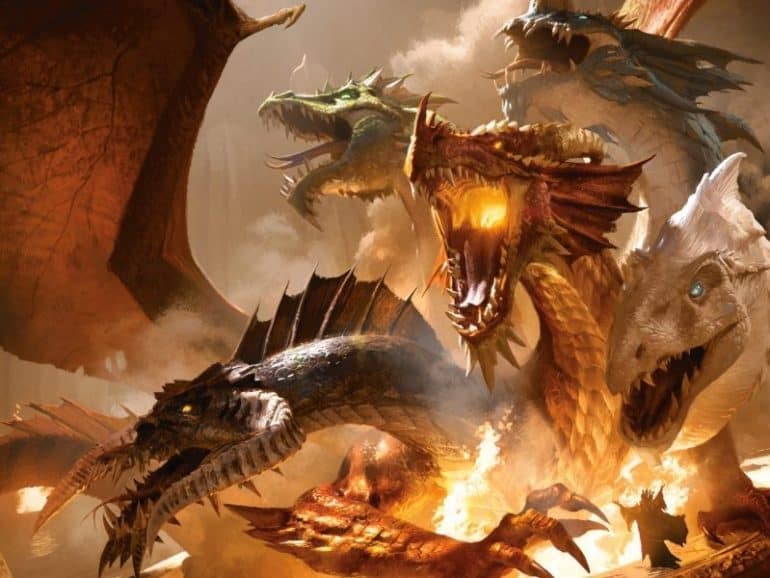 Ever Wanted to Play Dungeons and Dragons? Here’s How!

We’ve all seen films and T.V shows that portray a bunch of awkward nerds playing Dungeons and Dragons in them, rolling weird dice and proclaiming grisly sounding statements seemingly at random, most recently in the excellent Netflix series, Stranger Things.

So much so, in fact, that the game has become synonymous with that whole social group. Call them what you will: Geeks, Dweebs, Dorks, Anoraks even, the chances are that if you see kids playing Dungeons and Dragons in a show or movie it straightaway establishes their credentials as maladjusted social misfits.

While it is true to say that imagination plays a large part of the games mechanism, that inventiveness is within a strictly governed set of rules that, once understood, open up a near limitless world of adventure that is progressively more difficult and also fiendishly addictive.

Dungeons and Dragons is pure escapism, each player takes the part of a fictional character in a fictional world, as in a story, but one that you write yourself.

This is probably the appeal for the self-conscious among us; to be able to re-invent oneself as a flamboyant and dashing hero is liberating and risk-free, unlike real life.

How Do You Get Started With Dungeons and Dragons?

In the game you have players (two to four is best) and a Dungeon Master (or D.M) who describes the scene that the players are in and calculates the outcome of whatever it is the players decide to do in that scene by use of a whole bunch of rules and charts, and usually furiously rolling a wide variety of different-sided dice while cross-referencing said rules and charts at the same time as keeping the story flowing seamlessly.

A good D.M makes the game hugely enjoyable, as he is your eyes and ears in the fantasy world. He can paint vivid, intensely realistic situations that immerse you completely in the game, and the whole thing can take on a significance that isn’t really justified, but seems more real than reality at the time. Like I say, addictive.

The simplest analogy to illustrate how the game works is to imagine yourself as a Dungeons and Dragons character.

You, as an individual, have a certain level of intelligence, are of a particular strength, perhaps are better at climbing, for example, than some. These physical and mental attributes are the measure of who you are, in large part.

In Dungeons and Dragons, these attributes are given a number value between three and eighteen, so if you were a ninety pound weakling your strength would be eight or nine, whereas if you were built like Arnold Schwarzenegger your strength may well be an eighteen.

There are six main attributes that govern every characters advantages and weaknesses: Strength, Intelligence, Wisdom, Dexterity, Constitution, and Charisma.