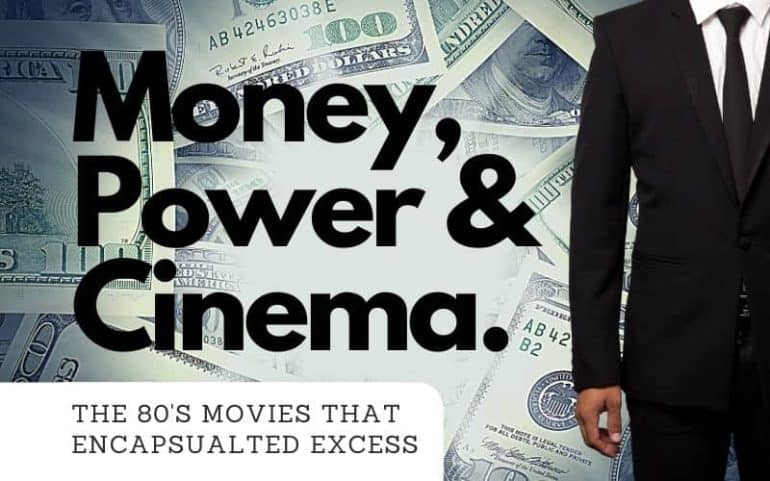 Excess in the 1980s: A Movie Retrospective

The 1980s were a decade of excess in many ways. From the opulent lifestyles of the wealthy elite to the flashy fashion and music trends of the time, it was a period characterized by a desire for more. This excess was also reflected in the films of the era, with several movies depicting various forms of indulgence and overindulgence.

Here are five classic films that capture the essence of 80s movie excess:

Wall Street portrays the excesses of the financial industry, including greed, corruption, and the pursuit of wealth at all costs.

The film follows the story of young stockbroker Bud Fox (Charlie Sheen), who becomes embroiled in the high-stakes world of corporate finance and falls under the influence of ruthless corporate raider Gordon Gekko (Michael Douglas).

Along the way, Fox witnesses and participates in a number of excesses, including lavish parties, expensive cars, and a cutthroat pursuit of money and power.

When it comes to a 1980s movie that focusses on greed and excess then Wall Street is up there at the top.

Set in 1980s Miami, this movie depicts the excesses of the drug trade, including wealth, power, and violence. The film follows the rise of Cuban immigrant Tony Montana (Al Pacino),

He becomes a major player in the cocaine industry and amasses a fortune through his ruthless business practices.

However, Montana’s excesses eventually lead to his downfall, as he becomes consumed by greed, paranoia, and a love of luxury.

Cocktail follows the story of a young bartender named Brian Flanagan (Tom Cruise), who becomes successful and engages in excesses, including wealth, fame, and a hedonistic lifestyle.

The film portrays the glamour and excesses of the 1980s party scene, as Flanagan travels the world and becomes a celebrity bartender.

However, Flanagan’s excesses eventually catch up with him, as he struggles with addiction and the consequences of his actions.

Ok yes we know this movie is not made in the 80’s , however it’s set in the 1980s and it perfectly encapsulates the excessive 80s perfectly and is almost a parody fuelled by hindsight in its delivery.

American Psycho follows the life of a wealthy, narcissistic investment banker named Patrick Bateman (Christian Bale), who engages in a number of excesses, including materialism, promiscuity, and violence.

The film portrays the superficiality and excesses of the 1980s yuppie culture, as Bateman becomes obsessed with designer clothes, fine dining, and the perfect business card. However, Bateman’s excesses eventually lead to his descent into madness and murder.

Less Than Zero portrays the excesses of youth and privilege, including drug use, casual sex, and a lack of consequences.

The film follows the story of a group of wealthy college students in Los Angeles, who engage in a number of excesses as they party their way through the city.

However, the excesses of these young people eventually catch up with them, as they face the consequences of their actions and the reality of the world around them.

These five films from the 1980s capture the spirit of excess that characterized the decade.

Whether it’s the greed and corruption of Wall Street, the wealth and violence of the drug trade, the hedonism of the party scene, the superficiality of ‘Yuppie’ culture, or the indulgences of youth and privilege, these movies offer a glimpse into the excesses of the time.

While the excesses depicted in these films may seem over-the-top or extreme, they offer a cautionary tale about the dangers of indulging in too much of anything but for entertainment purposes as well as a stylized version of the 80s they are exciting glimpses in to a world where money and power above all else trumps ethics and morals.

Have your say about 80’s Excess in Movies

What so you think of these movies? Do they embody the 80s in regards to excess for you? What other movies do you think should be on here? Let us know in the comments.