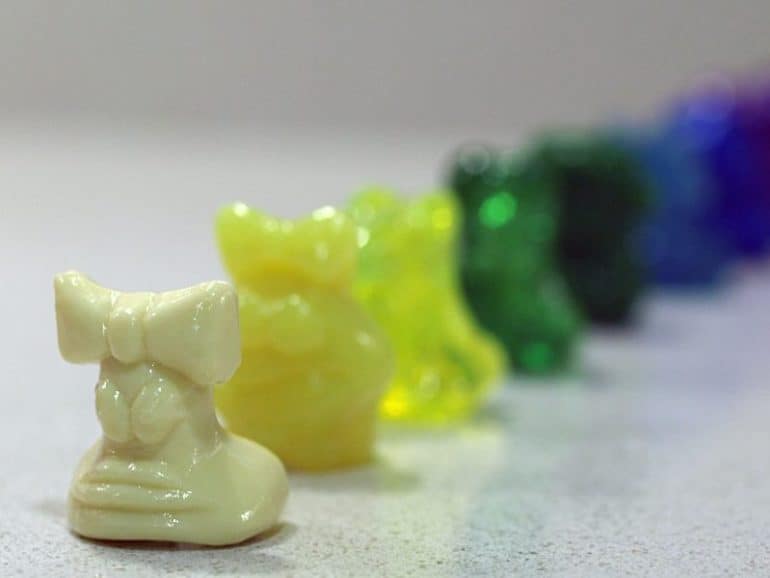 By Poppy Carter
In Culture
on September 6, 20161 min read

Gogo’s Crazy Bones (also known as Crazy Bones or Gogo’s) are small collectible toys shaped like bones and other animals, living people or inanimate objects, they became a very popular fad in all playgrounds during the 1990’s and 2000s.

Crazy Bones is a reinterpreted version of this game, playing with characters moulded from plastic.

There are hundreds of characters each with a different face and name. Each series released had a number of ‘rare’ characters which were desired by collectors.
Crazy Bones was launched in the United States and started as a small company, which all changed in the late 90s.

Crazy Bones also managed to work with high profile partners such as McDonald’s, which meant the distribution on Happy Meal toys worldwide.

By using these marketing techniques the company’s revenue had grown to nearly $17 million within two years.
Crazy Bones were however banned in many schools; blamed for theft, argument and distractions whilst in class.

This isn’t a new thing though, Loom Bands were given the same treatment when they were all the rage a couple of years ago too and if you’re a parent you are still finding these in the corners of the home still.

The Crazy Bones craze was at is peek from 1998 to 2000, 31.5 million packets were sold. Over 23 figurines were sold in the United Kingdom and Spain in a more recent relaunch in 2008.
Blind bagged pocket money priced toys were all the rage in the 80s and 90s. They were affordable and collectible, meaning you could trade with them too.

Crazy Bones were cheap but not low quality, in fact they were brilliantly designed with a hip street style which made them so cool.

How big was your Crazy Bone collection?