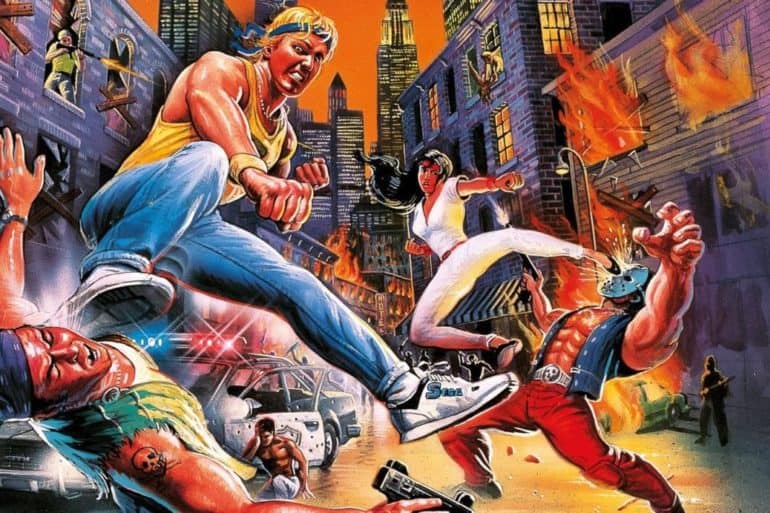 The Internet has gone a bit crazy a while back due to the totally unexpected news that some classic Sega games are potentially being made into TV series.

The classics that are mentioned include both an Altered Beast movie and Streets of Rage TV Series. How on earth they will make Altered Beast and frankly why they would is what’s made us take a step back and say, ‘C’mon, really?’ but we’ll happily be wrong (erm, we think), so lets speculate about how we’d like them to pull of Streets of Rage TV Series which is quite likely a far more in demand franchise with our fellow Retroheadz is it not?

Firstly, the setting of the much anticipated Streets of Rage TV Series. That won’t be too hard to do, any big city that has big building and lots of neon lights will do, New York or maybe Miami will be a good place to film it or any other big city. so far so good?

We’ll need some nightclub scenes at some point, a beach based episode and a great big honking outside elevator episode which in keeping with the plot will have to be used in the penultimate episode of the first series before they get to the top of the Skyscraper whereupon they take on Mr.X in the final showdown that will probably end of the mother of all cliffhangers because all good series do to everyone’s annoyance.

The characters. Well, obviously Axel and Blaze will need to be in it but what about Adam who was a playable in the first game and then an unfortuante kidnap victim in Streets of Rage 2? Unless this is a one-off series, season two will need to introduce Max the wrestler and Skate, Adams rollerblading little brother.

Season three should be a hoot, we’ve got a cyborg Doctor and a boxing Kangaroo to add in to the plot line which differed completely depending if you had the western or Japanese edition of the game. The mind boggles!

On top of this, how authentic will it be? We’d expect it to be set in the late 80’s/early 90’s to keep with the originals setting. That will be cool if they can pull it off, although the awesome Kung Fury did a stellar job with its 1986 setting and that was low budget!

Will all the enemies and bosses be in to? Will we find out what the ‘R’ in R.Signal stands for? We’re thinking Romeo, Righteous or even Radar, and who on earth will play Shiva, Mr.X’s right hand ka-ra-te champ?

A few other things of note we’d like to see are the main characters eating giant freshly cooked and pristine turkeys out of bins simply by crouching down, picking up and eating apples off of the floor, pocketing bags of money and gold bars from broken telephone boxes (they’re Police officers so is this legal?), health bars and an assortment of random weapons that are just lying there in the street will help drive the plot and keep the nostalgia firmly grounded in (videogame) reality.

If they actually do a series, it will quite possibly be the funnest thing we’ll ever see and we’ll eat one of those juicy red apples found on the floor if it comes true and then tune in to the first episode to find out how the producers pulled it off and how close it will actually be to the original games.

Luckily for everyone reading this we’re not TV producers so, it will probably be really gritty and dark, if the street are raging then we’re definately not expecting a sitcom.

On a serious note, as this is Streets of Rage we will also expect, nay, demand a phenominally good techno, rave and calypso soundtrack, best get Yuzo Koshiro back on board for that one, eh, producers?

Meanwhile Sega, if you’re reading, we are still crying out for Streets of Rage 4, that would do us nicely, even better if it had a limited edition release on the Megadrive/Genesis so that the lucky few who buy it can flog it on eBay for a Gazillion Pounds/Dollars.

Yes, we know, it ain’t gonna happen but it would be pretty cool if Sega did this, after all if an audeince is there for a Streets of Rage TV series then theres definately a market for one more 16-Bit nostalgia filled classic, even if we have to get it on Steam or PS4, Xbox, we don’t mind!

If however a Streets of Rage TV Series does happen, we reckon they should get some pointers from the fan made Streets of Rage movies that are already out there like the fun to watch one below, there’s even outtakes at the end!

Enjoy and let us know what you’d like to see in Streets of Rage, the series on the comments below or on our Facebook page.

Up Next: Find out why Streets of Rage is so adored after 25+ years with our retro review.