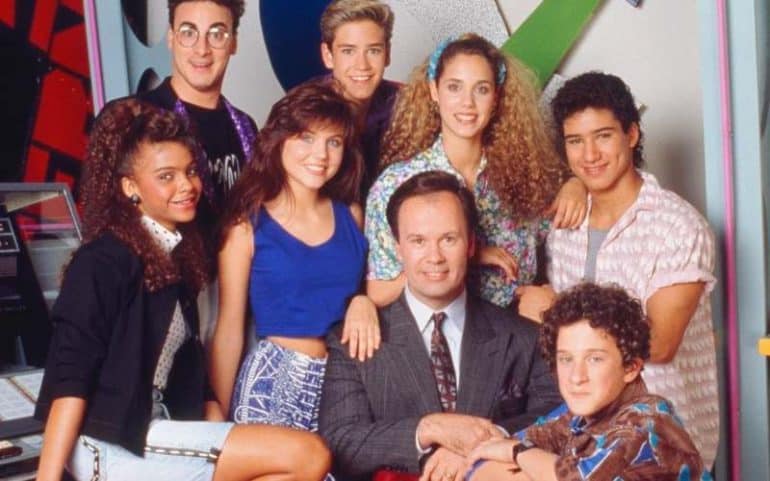 Is A News Series Of Saved By The Bell Coming Out? It Looks Like It Is!

By Ian Lydon-James
In Television
on September 18, 20194 min read

Saved By The Bell, the much loved 90’s TV series which kept us entertained after school and during the summer holidays looks like it might be coming back according to an Instagram post from Elizabeth Berkeley who played Jesse Spano.

The Instagram post states that she is looking forward to reprising her role with Mario Lopez who was everyone’s favourite Jock, A.C Slater and everyone should get ready for a grown up Jesse.

Here’s the post and as you can see the internet has, naturally, gone a bit wild for it.

I’M SO EXCITED…. here we gooooo!!! @mariolopez…. are you ready for grownup Jessie?!?? SWIPE for more pics…. Jessie and Slater are back for more fun. We are thrilled to have Emmy winning 30Rock writer @TraceyWigfield bring the sequel to life on NBC/Universal.??‍♀️?✨❤️#friendsforever #history #mama #bubba #teen #love #tv #10episodes #sbtb #putyourmindtoitgoforit #imsoexcited

As to what the series might be called is anyone’s guess right now but perhaps her hashtags could it be called Friends Forever or Mama & Baba or just Saved By The Bell with an up to date tag line like we saw after the original show ended with The College Years spinoff.

We’ll have to wait and see.

It would also be awesome to see Screech and Lisa back too but they weren’t featured in the Jimmy Fallon reunion a couple of years back .

If you haven’t seen it jump on YouTube and watch it for instant nostalgia!

How Many Episodes Will There Be?

What we do know is that it will be a 10 episode series and will have Emmy Award winning writer Tracey Whigfield writing the series for NBC/Universal and will feature on their new streaming service launching in April 2020 called Peacock.

Where Can You Watch It In The UK?

As to who will have it in the UK is anyone’s guess right now but either Netflix or Amazon Prime look like good bets to have it if the Peacock service is for the U.S only.

This new sequel series to Saved By The Bell, whatever it might be titled, if successful might just catch the eye of Friends producers too as fans have been calling out for one more season for years.

Now that the 90’s is in full vogue again, the success of this might see more modern revivals and reboots of everyone’s other favourite 90’s sit-com series and we can’t wait what about you?