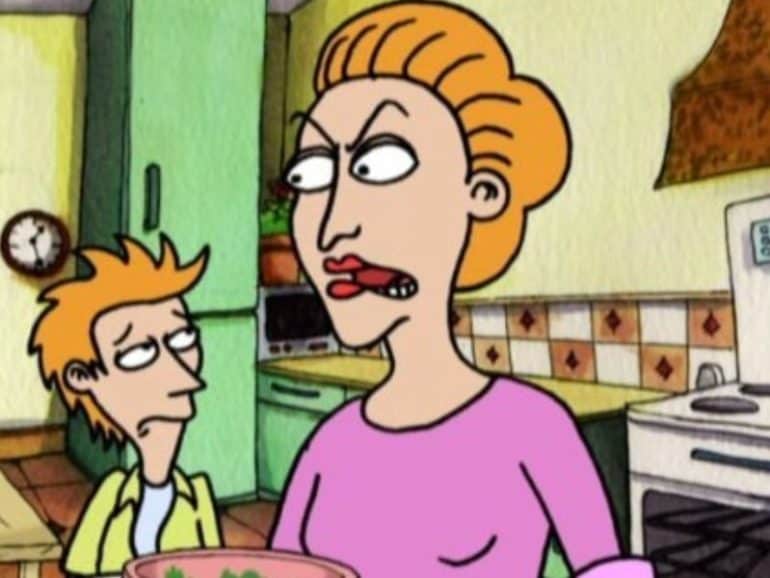 Looking back at Grizzly Tales for Gruesome Kids

By Poppy Carter
In Television
on February 3, 20172 min read

Grizzly Tales for Gruesome Kids was a scary animated kids show produced for ITV; it was based on a series of books by Jamie Rix.

Each episode of Grizzly Tales for Gruesome Kids would tell a cautionary tale of a child who would be gruesomely punished for their behavior, it would insinuate conventions of a horror story. It was made by a mix of claymation and animation and aired from 1999 to 2007.

Grizzly Tales for Gruesome Kids is the only TV show that gave me nightmares as kid, and from speaking to friends I know I’m not the only one.

It sounds like a great way to get your kids to listen to rules, and yeah, maybe they did for the 10 minutes that the TV show lasted. But it also lasted the whole night when they were bawling their eyes out because they were freaked out (well it did for me)

The show started with a young boy walking to the Squeam Screen and sitting alone in a creepy empty theatre eating his popcorn. Then you would see closer only to realise it was not popcorn but worms, spiders and cockroaches. There was also an older man, Uncle Grizzly, who played the movie reel, and his sidekick spider name Spindleshanks.

Here’s the intro for the show to trigger your memory!

The episodes all focused on naughty or horrible children who didn’t listen to their parents (for example kids that were vain, lazy, untidy or lying) and would end up meeting a grim ending.

These children were annoying and bratty, however the show quickly turned sinister when it came to saying farewell to these characters.

I’ll give you a few examples. Nails in her Coffin is about a vicious girl who admires her cat, she ends up growing her nails and clawing her way to power. Only to drown accidentally, like many cats before her, in her neighbors uncovered pool.

Not all of the children end up on the opposite side of living, if they don’t die they also don’t come out any better off. For instance, The Worm is a story about Eustace Colon who eats worms because he enjoys grossing out his little sister. She takes revenge by adding a tape worm to the worm farm he eats his specific worms from. Once the tape worm is inside of Eustace it grows and grows until it consumes him and he becomes the tape worm.

Grizzly Tales for Gruesome Kids was pretty dark for a kids show and to be honest I’m surprised my parents let me watch it, especially after the nightmares.

I don’t want to know what was going through the creator’s head but I definitely started to eat my veggies, talk nicely to people and never tried eating worms after watching this but overall it was entertaining and one show that I’ll always remember watching.

Up Next: Looking back at the classic 90’s cartoon The Dreamstone.