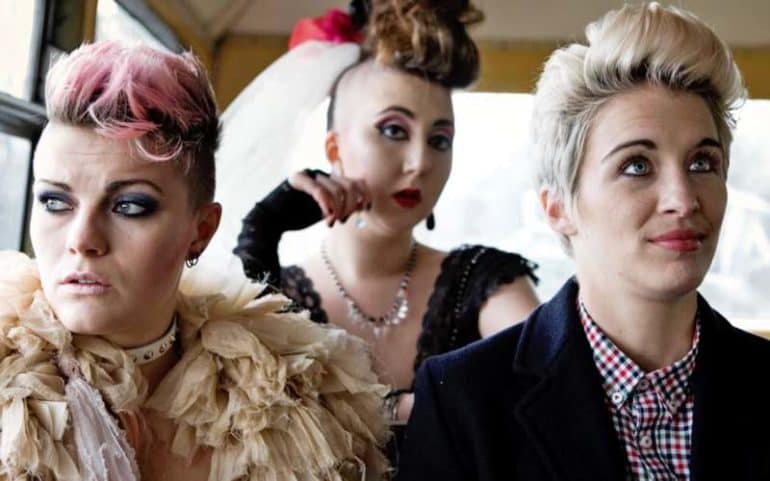 By Stacey Lydon-James
In Television
on May 4, 20206 min read

With a huge array of streaming sites, there is no shortage of boxsets, new TV series or films to keep you entertained right now.

However what about some of the old TV treasures that the nation watched growing up, the forgotten programmes that every now and then you remember and think “Ahh I used to love watching that”.

Sometimes we are all eager to watch the latest thing that is currently showing on Netflix, Now TV, Amazon that these old programmes are completely forgotten about and with the majority of them available for everyone it seems a shame to miss out on them.

Created by Tony Jordan, Hustle is a drama series following the fortunes of a gang of expert con-artists in London.

The ambitious group of con men and women are no small time crooks either.

This elite group of con artists manage to pull of a complicated scam with several twists and turns along the way.

Mickey Stone (Adrian Lester) is the groups leader who comes up with the plans. He reunites his old team for one last score.

These cunning crooks with hearts of gold  turn their skill at fraud to help needy friends. It’s a bit like Robin Hood, they earn a living by duping wealthy wrong’un’s as such to give to the people that need it.

Each character has their own particular job, Mickey and Danny work the inside to convince their marks (a mark being the intended victim). Ash is the man who can get or make anything. Albert is the Roper (the man that identifies “the mark” and gains his/her confidence, and finally the only female member of the group Stacie steps in when ever she is required to use her feminine charms

Hustle ran for a total of eight series and has 48 episodes for you to binge on.

Spy drama Spooks follows MI5 and the operations of Section D the Anti-Terrorism division of the secret services who must do all they can to prevent potential attacks on British soil from enemies at home and abroad.

The MI5 headquarters are known as the Grid, a warren of computers and corridors which is the nerve centre of their counter terrorism efforts.

The show consists of 10 seasons across 86 episodes and in 2015 fans of the show were treated to a a feature length film, Spooks: The Greater Good which saw Peter Firth reprise his role as show favourite Harry Pearce.

Waterloo Road is probably the school that you wouldn’t choose for your child.

Set in Rochdale, Waterloo Road is a troubled comprehensive school that seems to open its doors to all the “troubled” kids in the area.

Drug problems, shootings, pupils assaulting teachers, students having boob jobs are just some of the problems that seem to go on at Waterloo Road.

The TV series is entertaining and easy to watch, although there are a number of episodes that you may need a tissue for.

You will also notice a lot of the actors in Waterloo Road, its been fun recognising a number of familiar faces.

My favourite was Brett Aspinal… Just where did I recognise that young face from? Is could only be actor Tom Payne AKA Jesus from The Walking Dead.

Waterloo road consist of 10 seasons with a massive 200 episodes. Each series introduces several new characters who become focal points of the subsequent episode.

Back in the early 2000’s, Teachers was the school TV drama that you needed to watch.

After his success in the BBC2 programme This Life and long before becoming everybody’s favourite Zombie Killing Policeman, Andrew Lincloln played English teacher Simon in the popular TV show.

If Simon wasn’t in the classroom then you could be sure to either find him in the school toilets having a sneaky fag or at the pub with the rest of the teachers for post-work pints moaning or debating about their day.

The school was Summerdown Comprehensive and to be fair, most of the teachers weren’t working there because they wanted to be teachers, they just didn’t really know what they wanted to do.

Simular to Waterloo Road the cast changes dramatically over time, with few original characters still remaining by the forth series.

Lincoln left at the end of series 2, when is character decided he had had enough of teaching and decided to go travelling instead.

Even though the show was made in a hospital and was full of doctors and nurses, it was more character based and usually centred around haphazard and constantly embarrassed Dr Todd, who fell in love with two of the characters (Biyce and Mac) and could decide between the two.

Green Wing has the same production team behind Smack The Pony so it has that soap/comedy drama feel to it and watching the often amusing, antics of the staff will definitely make you laugh.

The Green Wing only ran for two series, makes it the perfect show to binge as it won’t take up too much of your time.

If you have seen the film you will know that it focused on the skinhead subculture, however This Is England ’89 looks at the mod revival scene instead, not only that but the story takes place during the 1986 FIFA World Cup.

The good thing about the TV series is that it has most of the same cast as the film, there is nothing worse that changing actors when something is just so good and the cast are what make the film/series.

This is England ’89 takes place three years later, with Shaun making amends and re-joins the skinheads, whilst sitting his last exam at school, the realisation dawns that adulthood beckons and that he is going to have to find his own way in the world.

It also looks like life has dealt a surprise hand to his friends too and no one is quite where they thought they would be.

What classic UK boxsets have we missed that are worthy of a binge that you can recommend to other readers? Share them in the comments below.