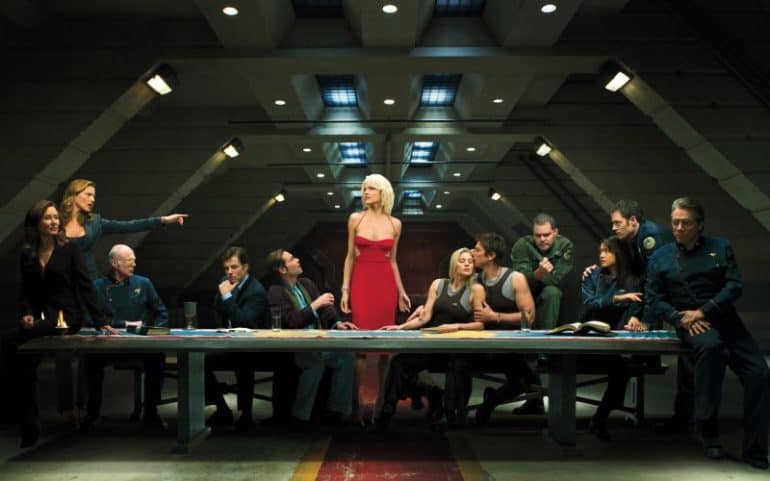 By Ian Lydon-James
In Television
on September 23, 20201 min read

Looking for something awesome to watch but feel like you’ve binged everything possible during lockdown?

Well, streaming right now on the BBC iPlayer is one of the greatest Sci-Fi series to come out in a long time and that is the reimagined Battlestar Galactica series.

So Say We All

All four seasons (76 episodes) are available to watch right now on iPlayer which if you haven’t seen it before is a far more darker and grittier version than the original late 70’s original.

If you didn’t know the age old battle between humans and Cylons takes a new twist after the colonies are wiped out.

The ageing Battlestar is the sole survivor of the fleet so they head to old Earth where they can start anew, well they could do if the Cylons weren’t on their tail throughout.

What entails is some epic space and land battles.

Lots of politics and intrigue between the military and civilian leadership and lot of twists, turns and OMG moments throughout.

So if Sci-Fi is your thing and you want something awesome to watch while we all wait for some new stuff to be made then you can’t go wrong with this.