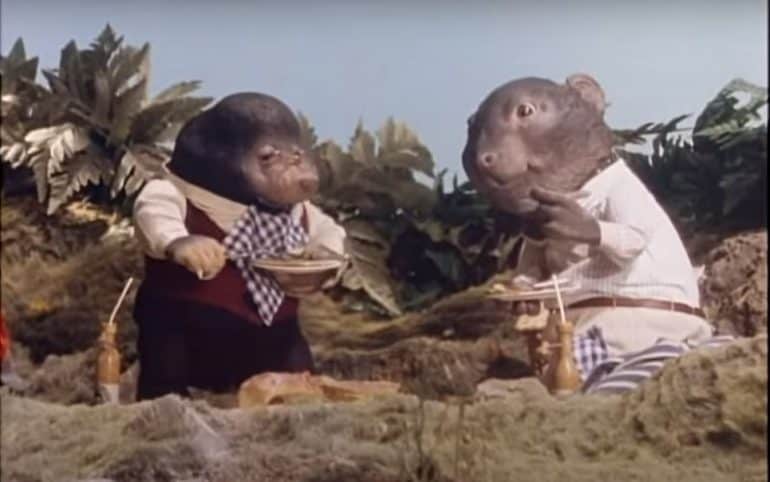 The Wind In The Willows – Looking Back At The Kids Classic

For those of us of a certain age, The Wind In The Willows will evoke a warm fuzzy feeling from our childhoods.

Whether you watched the film or the series you will no doubt have an appreciation for the countryside and the creatures that live in it.

The Wind In The Willows took us to a seemingly idyllic version of old Britain that could only be ruined by the sketchy Weasels.

If you haven’t seen it before then there are some minor spoilers ahead.

What Was The Wind In The Willows All About?

Based on the classic novel of the same name by Kenneth Grahame, The Wind in the Willows film told the story of a nieve Mole and what happens when he leaves his cosy home.

It is filled with countryside characters that you would encounter in real-life Victorian Britain only they’re animals, not humans.

The central character is Mole, a simple and somewhat modest creature who is looking for adventure and sees the good in everyone.

He soon meets his friend Ratty who is a well to do chap who loves rowing boats and comes across as a kind of gentleman gamekeeper.

Toad In The Hole

Things start to go wrong when they meet Mr Toad.

Mr. Toad is a typical landed gentry type who has zero common sense and too much money.

He goes from one hair-brained obsession to the next although his main passion is motor cars.

Eventually, he gets himself in trouble with the law and his friends have to try and help him to be a better person, or toad i guess.

The Wind in the Willows is filled with colourful characters that help or hinder Mole and Ratty on their journey.

Badger is the perceived leader of the animals and he comes across as an uptight elderly military man.

The Weasels all live in the Wild Woods and are essentially theives and troublemakers who are looking to take advantage of the more well to do characters.

They are genuinely sinister as they stalk the main characters and often resort to physical violence to get what they want.

There are also a whole host of cute countryside characters such as fieldmice, voles and rabbits who go about their daily lives and add to the world being created.

Something quite unusual is that there are also human characters who interact with the animals and are all the same size as well.

In fact, when Toad gets in trouble he is both helped and pursued by human characters.

The human characters are mostly pompous caricatures of establishment figures such as Judges and Police officers, all of which are modelled in an almost Spitting Image style.

This made for several genuinely funny interactions between the two groups of characters.

Of course, this has all been about the film so far but there was also a series created that ran for four seasons.

The series took the characters and extended the story beyond the original novel which of course the film followed.

This gave the writers scope to create some memorable and fun episodes that never felt out of place in the universe.

It maintained the charm and quaintness of the film whilst achieving a much more rounded set of characters.

You also saw a lot more of the other animals that lived in their world which helped greatly.

Voice Of The People

The voice cast remained much the same for the film and the series which really helps with the continuity and what a great cast it is.

Ian Carmichael (The Royal, School For Scoundrels, Heartbeat) who voiced Ratty in the film became the narrator for the series.

Peter Sallis (Last of the Summer Wine, Wallace & Gromit, The Persuaders) took over the voice work of Ratty.

Richard Pearson (One Foot In The Grave, Tess, One of our Dinosaurs in Missing) voiced Mole.

Is It Worth Watching Today?

Thanks in part to its stop motion animation The Wind in the Willows still looks pretty good by modern standards.

The language, accents, and themes are a little dated but you have to remember that it’s set over a hundred years ago so that’s no surprise.

If you have young children then we certainly recommend introducing them to it.

In fact, I played the film for my son recently and he loved it, it’s probably the most engrossed I’ve ever seen him in a programme.

Some of the themes are a bit odd when you watch as an adult though.

Obviously you don’t quite pick up on the obvious class war undercurrent as a child but it’s there in plain sight as an adult.

Ultimately though The Wind In The Willows is a timeless classic that fills us with a warm rush of nostalgia like nothing else.

It’s wholesome, fun, and still engaging to this day which says it all really.

If you haven’t seen it then do yourself a favour and catch up, it’s well worth it.