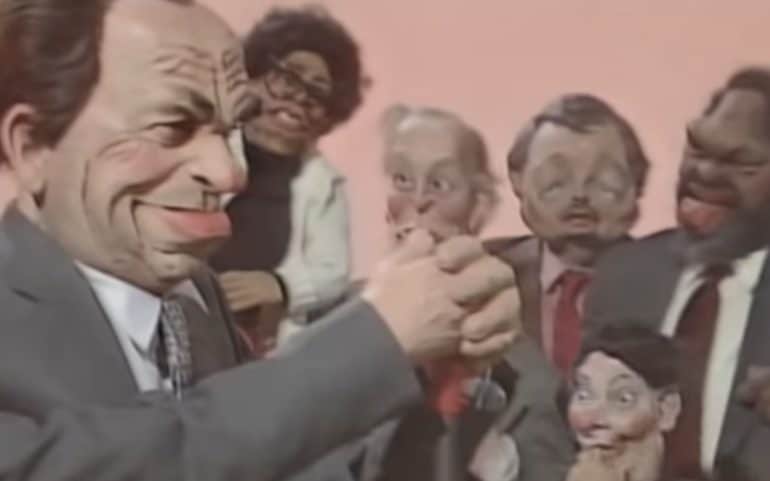 Spitting Image is to return to UK TV screens in the autumn of 2020.

The puppet based satirical show that was hugely popular in the 80’s and 90’s has been commissioned for two series by ITV and the BBC. Good news right?

Well, it is for people who are paying for their subscription only service, Britbox.

The new and resurrected Spitting Image will have caricatures of Trump, Putin, Mark Zuckerberg and Harry & Meghan among many.

Hopefully the no holds barred satirical and stereotypes that the series had will still be there and not watered down so as to not offend anyone.

There is however a bit of uproar about a much loved series that felt like a British institution being held back from licence fee payers by being on the Britbox service.

However, both ITV and the BBC did state that they would be creating original content for the new streaming service.

The question remains will it be enough to convince people to subscribe to Britbox?

The new Spitting Image would have to be exceptionally funny and on point to convince us otherwise.