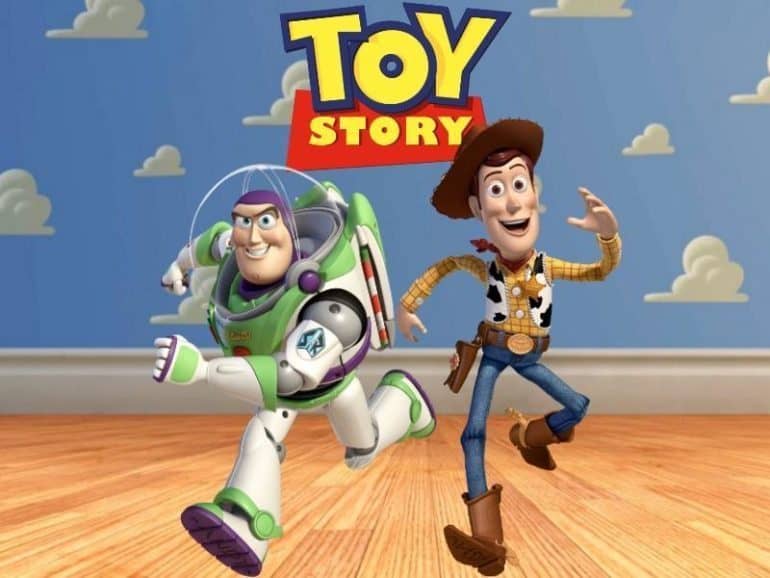 Why Toy Story Deserves a Place in Our Hearts Forever

With multiple Toy Story films, the movies are now more popular than ever. With a fourth Toy Story set to be released in 2018, it’s the best kind of never ending story for all of the Disney addicts out there.

When Toy Story was released in 1995 it was a complete whirlwind of amazement, computer animation was new and being completely wowed was more than acceptable. Although there have been many improvements in CGI in the last 20 plus years you will never find yourself saying these graphics look awful.

Although there have been many improvements in CGI in the last 20 plus years you will never find yourself saying these visuals look awful.

Thanks ot the popularity of Toy Story, no matter where you hear Tom Hanks or Tim Allen’s voice you will be taken straight back to the playground with Woody and Buzz. Although if you have any Woody toys or computer games they aren’t Tom Hanks voice, they are in fact his brother Jim, who works

Although if you have any Woody toys or computer games they aren’t Tom Hanks voice, they are in fact his brother Jim, who works on them all year around. Don’t believe us? Check out the video below

Whether it was you or you kids, we have all had a moment (or more) when we thought our toys came to life when we weren’t looking. Toy story confirms everything you loved as a kid, no matter your age, gender, income or whereabouts. It is something everyone in the world can remember with wide eyes.

Toy Story reminds us of Etch and Sketch with amazing drawings we were never able to perfect and brigades of little green soldiers that were always found years later under the sofa.

Every Toy Story film is funny for every age if you have the chance of seeing it in the cinema take a moment to look around. The extremely well-cast film means that the script can make everyone laugh and everyone cry.

I’m sure you will all remember Sid, who can forget him. The kid with mishmash mute dolls that terrified the crowds for weeks.

These dolls were cut up and sewn together with another doll, for example; a decapitated doll with a fishing rod body, a metal spider, and a baby head, a car without wheels but with baby hands instead.

These creepy dolls end up being super friendly, which told us not to read a book by its cover. It’s one of the only trilogies where every film is as good as the last.

If you are a 90s baby, you will have grown up with the movies, and most importantly alongside Andy. Seeing the original Toy Story merchandise being classed as ‘vintage’ makes you feel old right?

When the 3rd movie came out we all said goodbye, to Andy at least. Tears were shed and sobbing was compulsory. Never have kids (or grown ups) been so attached to an animation, but that’s why we are hooked. It’s nice to know in a couple of years we can hit the cinemas again and be greeted by our favorite characters.

Next up: Looking back at the classic family movie James and Giant Peach