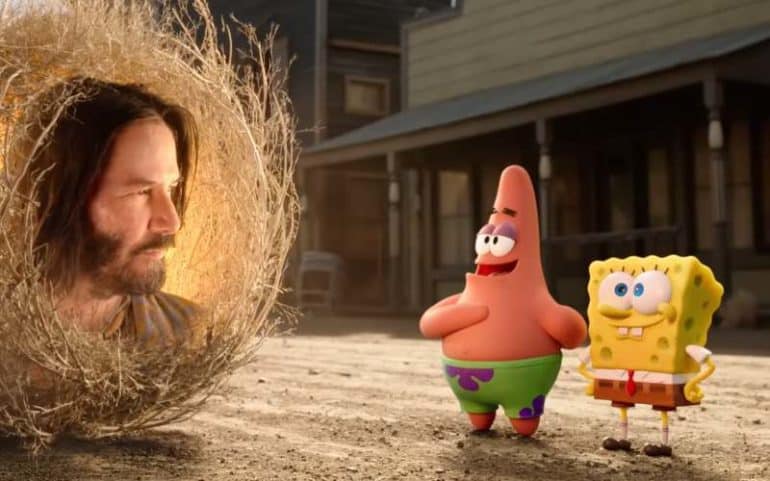 Spongebob Squarepants is back with a brand new Spongebob movie and it looks pretty epic.

The classic 90’s and noughties cartoon has been brought bang up to date in the new movie called Sponge on the Run and by the looks of things hasn’t lost any of it’s charm and character.

The new movie from Paramount Pictures will be a full CGI one.

However, don’t let that put you off, it actually looks really good with an almost claymation style look to it.

It’s still just as bright and colourful as ever and looks pretty bonkers as Spongebob and Partrick go on an adventure to find Spongebob’s pet sea snail Gary who’s gone missing.

Keanu Reeves Is A Bush!

On the way they meet up with Keanu Reeves who literally plays a sage bush and go to The Lost City of Atlantic City which looks like the under the sea equivalent to Las Vegas along with all it’s distractions and attractions.

Check out the trailer below.

When Is The New Spongebob Movie Out?

The Spongebob Movie: Sponge on the Run is out on the 22nd May 2020 and looks like it will be a movie that will be fun for kids and grown up fans alike and is just one of many movies coming out that in 2020 that should be on any Retroheadz watch list.

What do you think of the new Spongebob movie? Do you like the new CGI style for it? Let us know in the comments below.