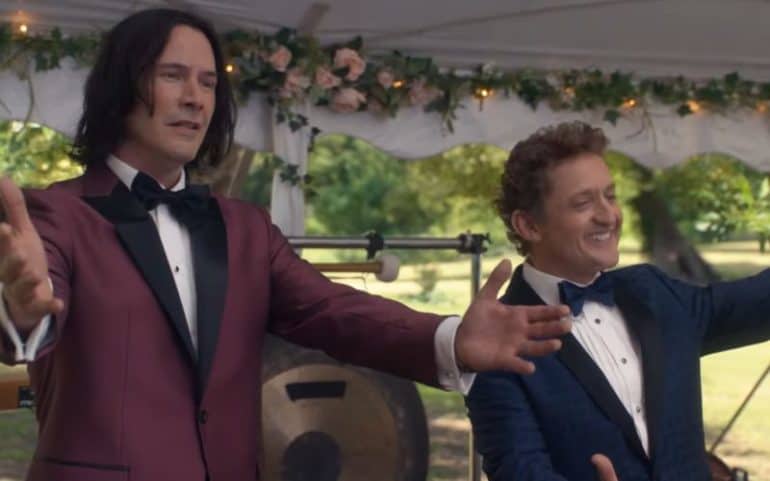 On the same day that the teaser poster for Bill & Ted Face The Music gets revealed fans get a double dose of the time travelling dudes as the trailer has just arrived as well.

The trailer shows the pair who are struggling from their heyday when they played to the world in Bill & Ted’s Bogus Journey and are now struggling to play to 40 people.

Little do they know that they are about to face the greatest adventure yet to unite the world with one of their songs…the problem? Well…they haven’t written it yet.

Cue lots of time travel in the iconic and unfortunately outdated phone booth to see their pumped up selves and their old friend Death is back in the saddle too.

Here’s the trailer that gives Bill & Ted fans a glimpse of what’s to come.

As you can see it looks hilariously good fun and will hopefully be just as awesome to watch when it comes out in cinemas from the 21st August 2020.

What do you think of the trailer? Totally bodacious or totally bogus? Have your say in the comments below.