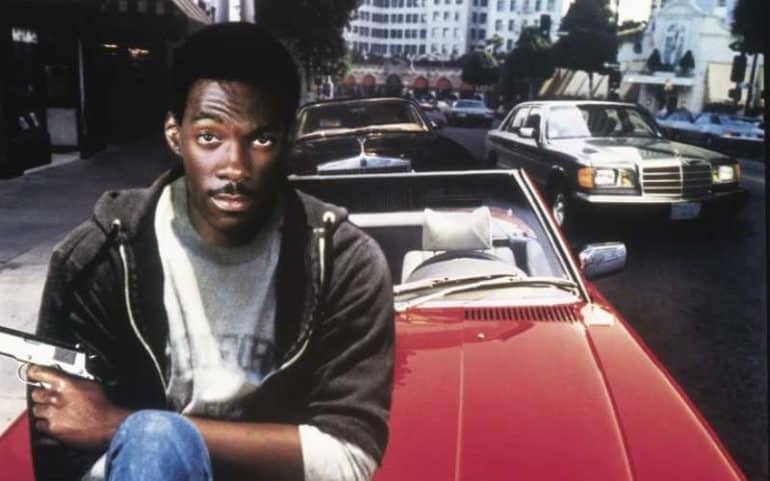 Beverly Hills Cop the classic 80’s action comedy series of movies is looking more likely then ever to have a fourth movie Eddie Murphy confirmed in a recent interview.

Beverly Hills Cop 4 might be going into production straight after Eddie Murphy wraps up production on another 80’s sequel Coming 2 America.

Coming 2 America is set to come out in 2020 alongside a ton of nostalgia themed movies including a new Ghostbusters and Top Gun movie which also were blockbuster movies from the 80’s.

Not much is know about the plot yet for Beverly Hills Cop 4 or if Judge Reinhold will be in it as his trusty Beverly Hill’s based police officer but we expect to see the usual in your face hi-jinks and action that made the first three movies so popular.

Whilst it’s going to be a continuation of the series many will be relieved that at least its not a reboot which seems to be the thing to do nowadays with mixed reactions from fans of the original movies.

However, if you’re a big fan of the original trilogy of Beverly Hills Cop movies then seeing Eddie Murphy reprise his role as Detroit Detective Axel Foley should be one to look forward to.

As to when Beverly Hills Cop 4 is out, if it goes into production soon then perhaps sometime in 2021 given the packed lineup of movies coming in 2020 although you never know it could be next year.