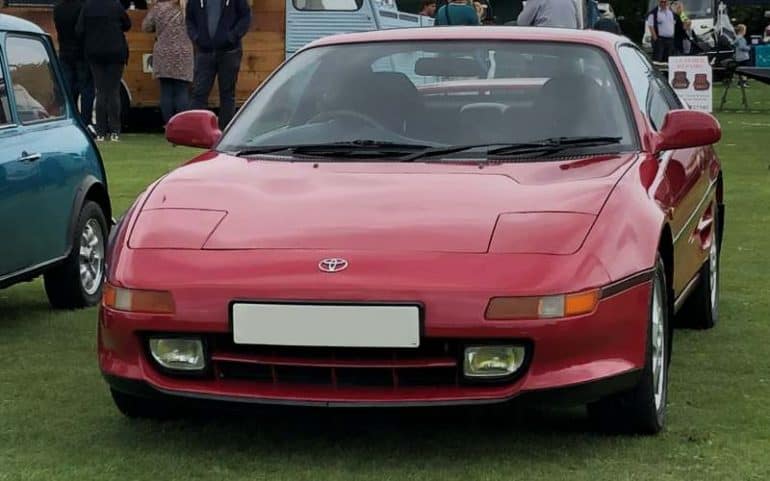 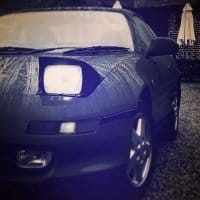 We love old cars here at Retroheadz and we know you do as well so we thought we’d start our new series on the classic cars our readers drive.

To start this off we spoke with one of our writers, Ian who has owned a Toyota MR2 for over six years about what its like to own, drive and look after this classic 90s Toyota but before that a bit of history on the MR2.

The Toyota MR2 came in three generations, the first version was launched in 1984 and was hugely successful and was the first Mid-Engine Japanese Sport Car to ever come out.

The AW11 model was produced through to 1989 and then came the SW20 model which was larger, more powerful and took its cue from the Italian school of design and was subsequently harshly known to many as the poor man’s Ferrari.

A decade of production

The 90’s MR2 had a long production run of 10 years over five different model revisions and was superseded by the third generation MR2 which was produced until 2007 and there is a possibility that the MR2 could come back as an electric sports car at some point in the future.

The SW20 MR2 has matured into a classic 90’s sports car that is starting to go up in value especially those that have been well looked after.

Let’s find out more about what it’s like to own and drive this cool looking Toyota.

What made you get a Toyota MR2?

Well, it was a toss-up between a 300ZX (Z32) and this, both of which I’ve always wanted to have but this was a few years ago when fuel prices were climbing up to £1.50 a litre so the MR2 won out mainly on fuel economy issues as it was going to be my commuter car.

The other reason why I ended up buying one was for the pop-up headlights which was a childhood dream to own at least one car with these and when I saw my one and the condition it was in was an easy decision.

The MR2 only had 68,000 miles on the clock and four previous owners all from across the local region with a huge service history too.

It was a daily driver for the first year or two and wanted something that could eat up the country roads I was travelling to work in and the MR2 is born for these kind of roads so always got to work with a smile on my face.

How old is your MR2 and is it a specific version?

It’s the 156 BHP version but is much lighter than later versions so has the same top speed but it might be a little bit quicker than other non-turbo versions.

What makes this version different?

Well, it’s the rawest version so feels like a go-kart.

It doesn’t have power steering, ABS, Airbags, Limited Slip or a catalytic converter so it’s the lightest version and is quite pokey and if treated with respect handles brilliantly.

Is it modded at all?

The car came with a Mongoose stainless steel exhaust and an induction kit which adds a bit more oomph and sounds great but apart from that, no, its stock and that’s how I want to keep it.

It also has the larger stock Toyota 15 inch staggered set up (205/15 Front 225/15 Rear) on the wheels instead of the 14 inch ones that this version came with but I think this was an upgrade from new.

Any issues with the car over the years?

One time when I was cleaning the car I put my fingers through the rear arches as they had rusted so that had to be sorted asap. The sills towards the rear arches have had to be welded and repaired but this is common.

The worst thing I did was ignore a dripping from under the the car.

A couple of weeks later I saw white smoke coming out of my engine bay in the rear view mirror and the temperature gauge went through the roof.

Luckily I was close to home so had to drive a few hundred meters, stop, let the car cool down and then repeat until I got home.

It turned out there was a crack in one of the brass coolant pipes so that was probably the most time-consuming fix that was done as the fuel tank needed dropping out to fix it.

The engine however is bulletproof and I’ve only had to get the car serviced regularly and change the timing belt and clutch.

I’ve also just changed the alternator for a new one as that packed up. Not bad for 28 years.

I also had one of my calipers seize up but that was because I hadn’t been out in it for a while as it’s now our fun car so take it out a couple of times a week now to keep things moving.

Basically, all the issues have been age or general maintenance related so hasn’t been too bad cost wise, although the car could do with a respray as there is some lacquer peel and it’s a pain to polish up to red again.