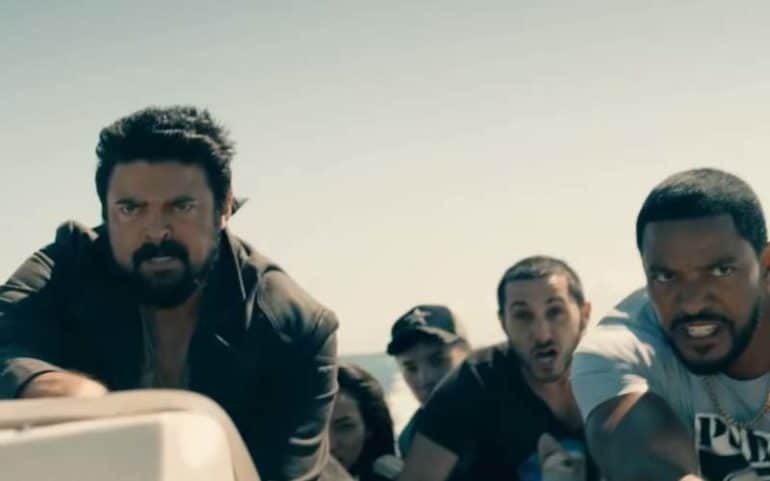 The Boys season 2 will be upon us in 2020 and Amazon have released a sneak peak teaser to the brutally violent and corrupt Superhero series.

What’s The Boys About?

If you haven’t yet seen The Boys or have avoided it due to superhero fatigue then think again as it turns the whole superhero world upside down.

In a nutsell and to make sure we don’t give too much away, The Boys focuses on one man, Hugh Campbell who’s girlfriend gets accidentally killed by one of the Seven, a band of superheroes who are run by a powerful company called the Vought Corporation who are lead by the charismatic Superman-esque all American hero, Homelander.

After a stage managed apology and pay off he wants revenge and teams up with a band of vigilantes to take down the superheroes.

What ensues is quite possibly one of the best and most surprising hits of 2019. It’s brutally violent and yet darkly hilarious in places and thanks to its stand out performances is truly binge-worthy even for those that don’t care for superhero series that much.

There’s more to it but we don’t want to spoil it for those who haven’t had the chance to see it yet.

By all means make some time to catch up if you can and take a free trial of Amazon Prime and watch it.

Now with season 2 of The Boys incoming Amazon have released a sneak peak of what’s to come. check it out although be aware it doesn’t hold back in places and yes that’s Giancarlo Esposito who played Gustavo Fring in Breaking Bad you see in it although he looks like he’s now some kind of corporate executive.

Check it out although we need to warn you it’s pretty violent and gory in places.

As you can see it looks like it up’s the ante some what which is frankly, surprisingly amazing as the first series was phenomenal.

When’s The Boys Season 2 Out?

As to the exact date The Boys season 2 is out, it’s unknown at the moment but the first season came out in July 2019 so hopefully we’ll have it sooner than that in 2020.

Naturally, we’ll update you on this when we know more but for now what do you think of it?