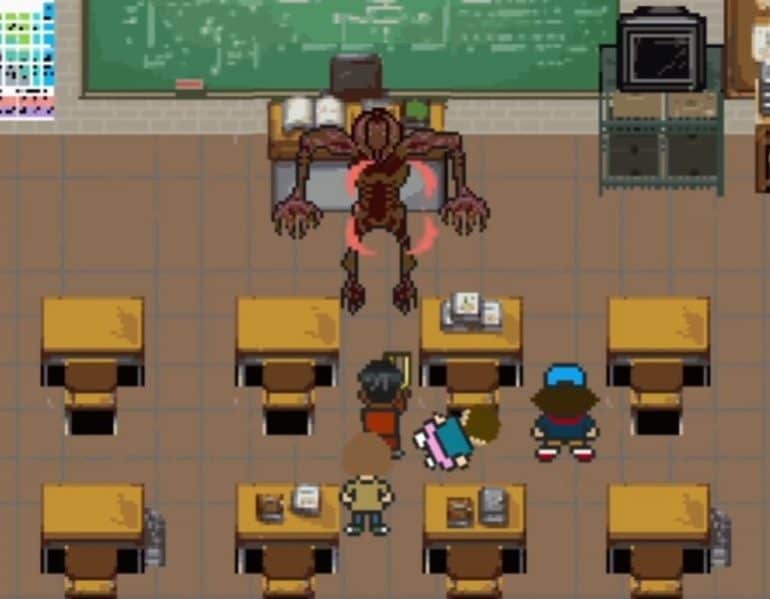 The phenomenally successful Netflix original series has captured the essence of the early 80’s so well that it’s led to regions of fans posting up artwork and videos that pay homage to Stranger Things locations, era and nostalgia that the series evokes in spades.

So amongst all these cool things that are coming out daily, we had to make you aware of this one and if you’re a retrogamer or just love Stranger Things then this is going to make your day even better.

YouTube channel CineFix has posted an 8-Bit version of the whole of Season one of Stranger Things. It’s just over four minutes long and if you have that spare its well worth a watch.

In a nutshell, this is what Stranger Things would look like if it came out in the mid 80’s on the NES and it just looks amazing. It’s done in a top-down RPG Zelda style and even the title is 8 Bit with its chunky pixels and chiptune theme.

It’s well worth a watch and is a great way to see the story in a compressed and seriously fun way that will evoke even more nostalgia about sitting in on a dark winters night playing Nintendo on your 14 inch CRT TV.

Happy times for many of us I think you’ll agree and if this did come out in the 80’s we’re sure this would have been a big seller! Fingers crossed that when Season two of Stranger Things comes out it gets the same treatment.

Now watch the video here, because we know you’re going to enjoy it as every key moment of the first series of Stranger Things is here in all its glorious 8 Bit pixelated graphical splendor.

After you;ve watched it let us know what you think in the comments below.

Up Next: Another town is in trouble! Check out our classic review of It Came From The Desert