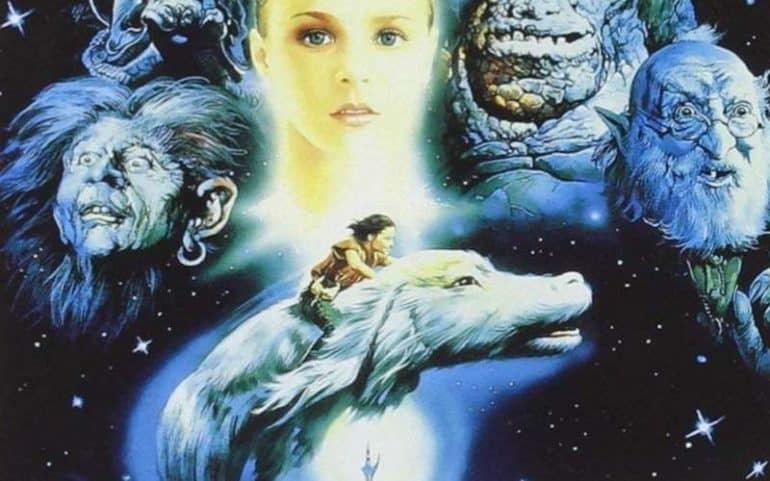 The Never Ending Story Is Coming To Netflix UK

Great news for all you 80’s fantasy film fans out there.

He then holes up in his school’s attic to read it and with that transports viewers to a magical land full of magical creatures called Fantasia which is being devoured by a mysterious force callled The Nothing.

He reads about a Child Warrior called Atreyu who is on a quest to stop The Nothing by curing the Empress of Fantasia and eventually Bastian is given the power to restore the world back to it glory by using his imagination to bring everything back.

The movie was an adaption of a German book and it was also filmed mostly in Germany.

The NeverEnding Story was released back in 1984 and it was directed by Wolfgang Peterson which incidentally was his first English language movie he directed.

Upon its release it captivated and engrossed a generation of kids with its fantastic special effects, stunning scenery, compelling story and creatures such as the adorable Luck Dragon Falkor that Atreyu and Bastian got to ride on in the movie.

Naturally, there one memorable moment many of us wanted to forget, but still remember to this day and that’s where Atreyu is riding his horse, Artax in the Swamp of Sadness get stuck and sinks in to the swamp. That scene still shocks many of us today.

However, the sad moments aside this is a great movie and thanks to Stranger Things 3 has brought it back into the spotlight.

The Never Ending Story is one that you can watch with your kids and hopefully they’ll enjoy it just as much as kids did did back in the 80’s.

The cult classic movie’s arrival on Netflix makes a lot of sense as the song from the movie was heavily featured in Stranger Things 3 meaning all those kids that watched it and sang the song by Limahl afterwards will now be able to see the movie it was featured in.

When Is The Never Ending Story On Netflix?

The Never Ending Story is available on Netflix UK on the 1st October so get your popcorn ready in advance and get ready to sit back and go back in time to Fantasia once again and have a nostalgia filled blast!