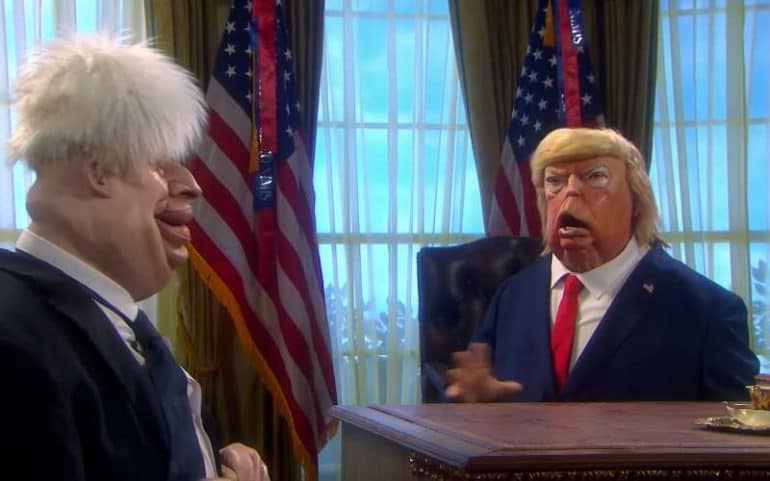 By Ian Lydon-James
In Television
on September 23, 20201 min read

Spitting Image is coming back our screens after a long break and it looks hilarious.

The satirical show that had huge viewing numbers back in its 80’s heyday is back and it looks nostalgic and fresh at the same time.

Gone are Maggie Thatcher Ronald Reagan and now we have Boris Johnson and Donald Trump alongside Greta Thunberg and others including Dwayne Johnson, Gwyneth Paltrow and Kym Kardashian.

To build up the hype for the upcoming series they’ve only gone and give us all a sneak peak of what’s to come.

Check it out as there are some hilarious moments.

As you can see it’s true to the original in respect that the puppets look like they did back in the day just with today’s politicians and celebs being under the spotlight.

When is Spitting Image Back On The Telly?

If you are expecting it to be on ITV then think again you’ll need the BBC and ITV streaming service Britbox to watch it but could this be the reason for finally biting the bullet and stumping up for the streaming service?

Only you can decide that, however if the show is as good as it looks then it might be worth doing it.