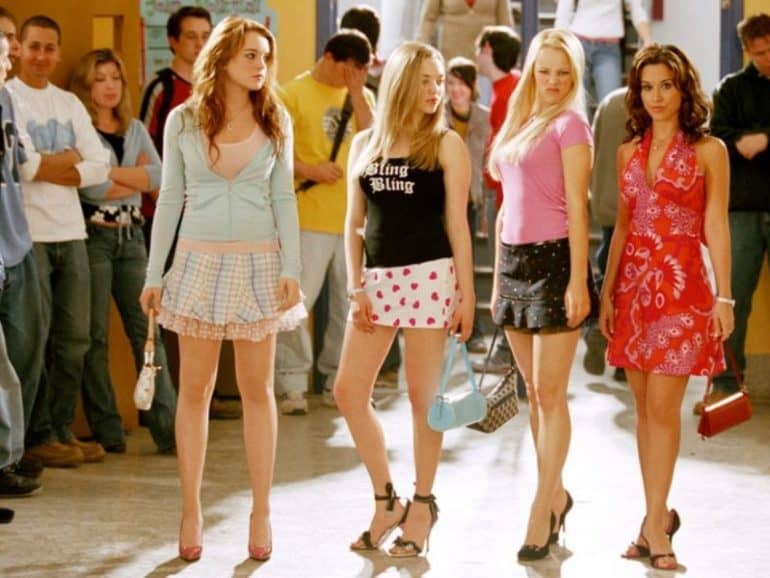 Mean Girls is still so Fetch! Here’s Why!

There are 101 reasons why Mean Girls is and will always be on the radar, but here are just a few:

There are two main life lessons we all learnt from Mean Girls. Number one is, of course, The Girl Code, “ex-boyfriends are just off limits to friends.

I mean that’s just like the rules of feminism.” And Number two is all about ‘Frenemies’. “Frenemies are enemies who act like friends.”

Cady’s misfit friends are Janis and Damien; they teach her (and us) all about the cliques at North Shore.

Mean Girls doesn’t just focus on the usual cliques; they explore the Mathletes too. There are a lot of nerdier groups that we never hear about in movies and there is rarely a true ‘popular clique’, everyone is weird somehow.

Mean Girls is one of the rare films that reveals the ordinary truth. Plus, the smart Girls conquers which is worth a never ending applaud. Cady pretends to be bad at math to get Aaron to like her, does it work? No it does not. You know what she does? She joins Mathletes, wins the tournament and Voila.

“You have got to stop calling each other sluts and whores”. Bullying, slut-shaming, and homophobia are all still real issues in school today.

Mean Girls is scarily precise about how teenage girls can talk and treat one another, and how it can also contribute to their view of themselves.

Cady is quite quickly exposed to how it’s not just about being fat or skinny, for example, Karen is unhappy because her nail beds suck, yes you heard me, her nail beds. Or a clever scene in which a three-way call is used to let someone know what the other really thinks of them.

There are even more subtle clues like how Regina and her sister are overly sexualized by their mother, we see Regina’s younger sister shaking her prepubescent body to Kelis ‘Milkshake’ and this is where Mean Girls stops the world from spinning and shakes us into an uncanny yet real situation.

Tina Fey is amazing. Her insightful view doesn’t focus on pop culture (Danny DeVito aside) but instead focused on the timeless sense of abandonment of being a teenager.

This is almost radical for a chick flick. Fey rarely focuses on money either, whilst name dropping enough designers or celebrities to root us in the correct era she doesn’t drown us in them, this depiction of power and shallowness is somehow so much deeper.

The one liners are irreplaceable.  Not a day goes by where a Mean Girls quote isn’t mentioned, they can be used to cheer a friend up “GET IN LOSER, WE’RE GOING SHOPPING” or to define your hatred towards someone who is “Cold, Shiny, Hard, PLASTIC.” Remember these quotes for life and you’ll be A-Okay.

Mean Girls is still relevant and is more fetch than ever.

Next up: 11 classic Chick Flicks everyone should watch