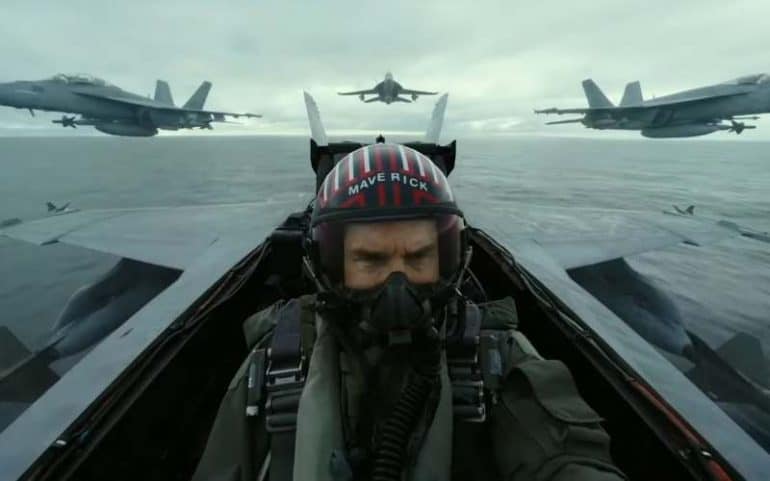 Top Gun Maverick the follow up to the the classic 1986 movie Top Gun has finally started it engines and given fans of the classic 80’s movie its first trailer.

The movie starring Tom Cruise as a now veteran Top Gun instructor looks pretty awesome and has plenty of nods to the past in the trailer.

Check it out for yourself.

Naturally the movie is about a new generation of Top Gun fighter jocks with Tom Cruise reprising his role as Maverick and just like the first Top Gun features tons of low level flying that will make any fighter jet geek drool with excitement.

Naturally things have moved on since 1986 though and gone are the iconic F-14 Tomcats and in are the current F-18 Super Hornets that the U.S Navy currently uses instead.

However there is a surprising nod to the iconic Tomcat in the trailer right at the end where we see the swing wing fighter banking towards some mountains.

It would be interesting and maybe a little far fetched to include it in the movie as they were retired back in 2006 but one fans of the stunning looking fighter jet will be happy to see regardless including us.

When is Top Gun Maverick Out

It’s going to be an interesting year for Retroheadz everywhere as we’ll also going to get a new Bill and Teds and a new Ghostbusters that will giving us nostalgia in their droves.

If they get the balance right between nostalgia and new stuff they could be on to a winner not just for us but for a new generation too.

Meanwhile all we can do is wait and maybe look at dusting off our old bomber jackets and snap up some new aviator sunglasses and add Kenny Loggins and Berlin to our Spotify playlists in preparation for it.

What do you think of Top Gun Maverick. Will you be seeing it when it comes out? Let us know your views in the comments below and tell us what you loved about the original movie too.