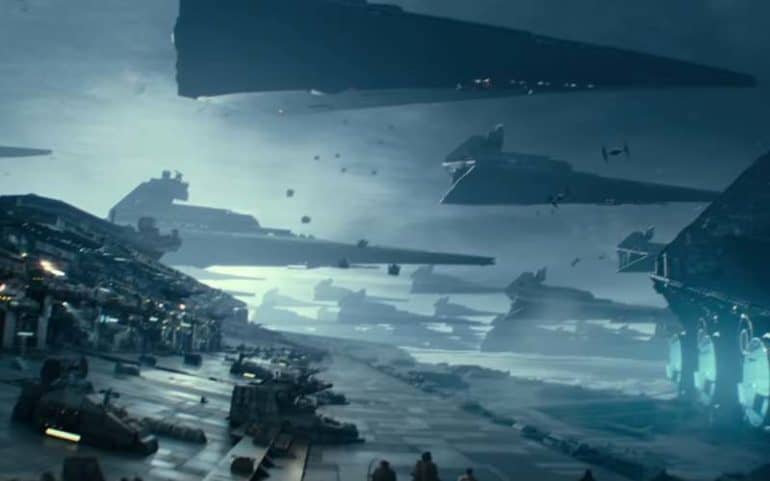 Star Wars Episode 9 is nearly upon us and with it the final part of the Skywalker saga will come to a close.

The final trailer is here ahead of the upcoming cinema release and shows more of what to expect from epic space battles to the resurgence of the old enemies and what looks like final farewells to old friends.

As you can expect it looks amazing and is quite possibly the most anticipated movie of 2019.

Check out the trailer below and see for yourself.

One scene that’s got everyone talking and feeling a tad sad is when C3PO says he wants to look at his friends one more time.

What does this mean? Is it the final farewell of the golden Droid?

Hopefully not but as this latest trilogy has shown already, many old faces from the original movies are not safe from death or deactivation.

Hopefully this is just to make us all go ‘Oh no!’ and rush to the cinema to see that in the end C3PO is alright but everyone will just have to wait and see.

Being the last of the current trilogy it will hopefully be as epic as the space battle in Return of the Jedi.

Star Wars Episode 9 is going to be a feast for the eyes as the effects do look amazing but hey, this is Star Wars after all and would we expect nothing but the best when it comes this franchise?

Whatever happens you know you’ll go and see it and hopefully it lives up to the hype that Star Wars always generates.

When is Star Wars Episode 9 Out?

Star Wars Episode 9 The Rise of Skywalker is out on the 20th December.

What a Christmas present for Star Wars fans!

While we don’t have long to wait for Star Wars we are already counting down the days to it.