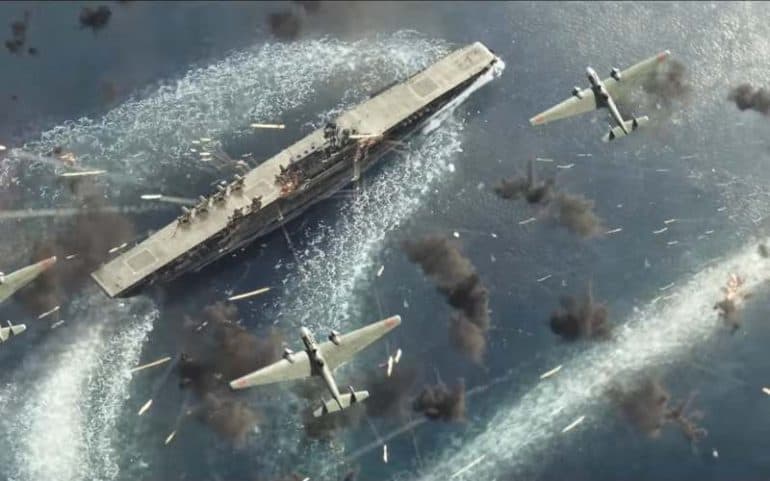 Midway Movie Has All Star Cast And Looks Epic

Looking for a reason to venture out on a cold November day then a trip to the cinema to watch Midway may just be a good enough reason to do so.

The Battle of Midway

Midway, the new World War 2 action movie based on the pivotal battle of Midway between the U.S Pacific fleet and the Empire of Japan is one of the most famous naval battles in history and was a turning point in the war itself.

The movie is directed by non other than Roland Emmerich who’s hits have included Independence Day, The Day After Tomorrow and 2012 which means you can expect epic air and naval battles that will not only be a feast for the eyes but also convey what it was like at the centre of this vital engagement.

Here’s the trailer for Midway so you can see for yourself.

As with most films made by Roland Emmerich expect a stellar cast of Hollywood greats which includes Dennis Quaid, Woody Harrelson, Aaron Eckhart, Mandy Moore, Patrick Wilson and Ed Skrien among many will tell the story from the big picture to the aviators and sailors who enacted the orders.

When Is Midway Out?

Midway is out in UK cinemas on the 8th November 2019 which is on the same day as the US too so if you are looking for some Hollywood infused history then this should be the one to watch.