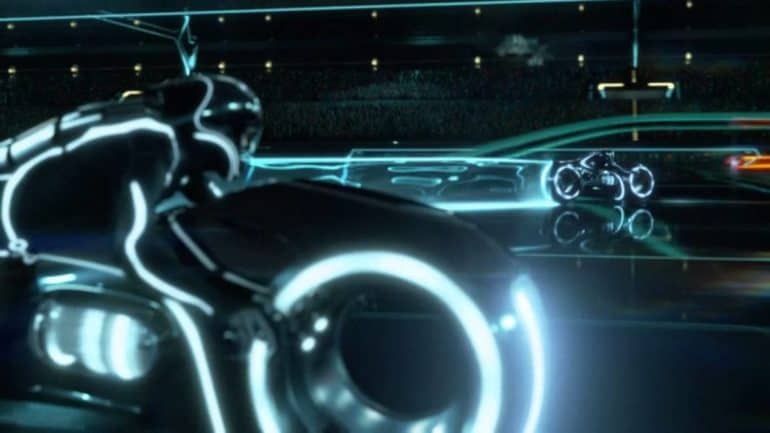 Love Tron? You Can Now Experience Riding a Lightcycle

Remember Tron? The classic movie where Jeff Bridges gets sucked in to a computer world and has to battle his way back to reality again.

Well there’s some amazing news for fans of the film, especially if your favorite part was the Lightcycle scene where they had to cut off their opponent with a light beam so that they crashed in to it and then were out of the game.

If you don’t know it, think of it like Slither.io but with bikes that you drive and replace curves with right angles. You get the drift?

Well the clever people at Disney have only gone and made a ride based on it, giving fans a taste of what it’s like to hurtle along at breakneck speed.

The ride has recently opened up at their Disneyland Shanghai theme park and it looks amazing.

The ride places you against virtual opponents and even though its a rollercoaster where you’d expect to be upright for the duration, instead your in the riding position on your very own Tron Lightcycle. Very cool!

Now for the moment its only in Shanghai int he Tomorrowland section of the Theme Park but you never know it could make it over to the other parks in Europe and the US at some point.

If not and your a big fan of Tron and its sequel, Tron Legacy, then get saving as you might want to get out to China at some point to live the dream of being in Tron.

Now don’t take our word for it being cool (it is, if that’s all you need!) here’s a point of view version of the ride in action with lots of screaming riders, big drops of huge amounts of blue neon.

Would you take a trip to Shanghai just to go on this?