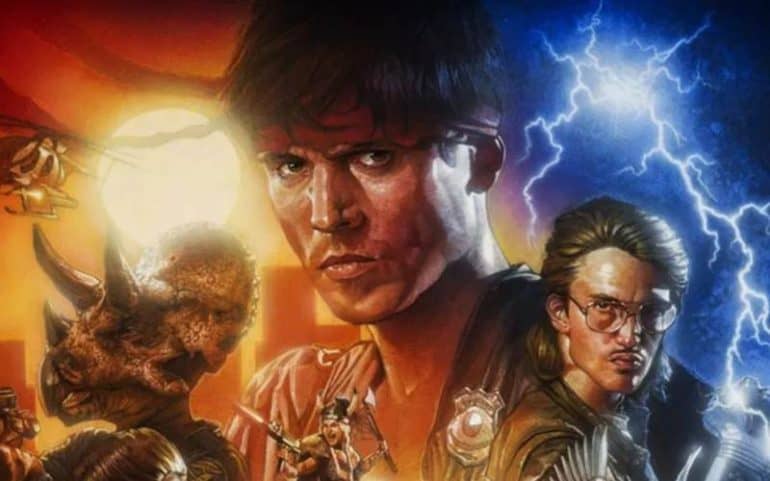 Kung Fury was a short film by David Sandberg that became an instant cult classic.

For those of us who love all things retro it was the ultimate in kitsch 80’s nostalgia.

In case you haven’t seen it Kung Fury pays homage to the over the top Kung Fu action movies and Saturday morning kids TV of the 80’s.

Kung Fury featured some truly awesome scenes like a Lamborghini Countach used as a skateboard, a Valkyrie with machine guns, a living Arcade machine going ballistic and a Nintendo Power Glove used as a time travelling device, dinosaurs and a vain Nordic God.

If you’ve never heard of the movie before the trailer for Kung Fury below.

Arnie, Fassbender And The Hoff to Star

In February 2018 a sequel was announced with a pretty impressive cast including Arnold Schwarzenneger, David Hasselhoff and Michael Fassbender.

Obviously, we were all thrilled at the prospect of more insane action with a cast as impressive as that but everything went very quiet. Until Now.

News coming out of Cannes from The Hollywood Reporter is that the sequel has finally secured a big investor and will begin filming this summer.

The project will now be co-financed and co-produced by Creasun Entertainment and Argent Pictures.

David Sandberg will once again be writing the movie alongside Tyler Burton Smith and will reprise his role as the titular Kung Fury.

The movie will be set in 1985 and see Kung Fury and his Thundercops protecting Miami from the evil Kung Fuhrer, Adolf Hitler.

The Thundercops have been assembled from across history as the ultimate protectors of good.

Things will take a bad turn though after one of them is killed and they disband, leaving a mysterious villain to rise up and help Kung Fuhrer.

Kung Fury will have to travel through time and space to save the universe, the Miami Kung Fu Academy and defeat evil once more.

This all sounds pretty epic and the fact that this time it’s going to be a full feature length movie just makes it that bit more exciting.

Rest assured if you love all things 80’s then this will not be one to miss out on and for the meantime if you want to see the original short movie its available on YouTube.