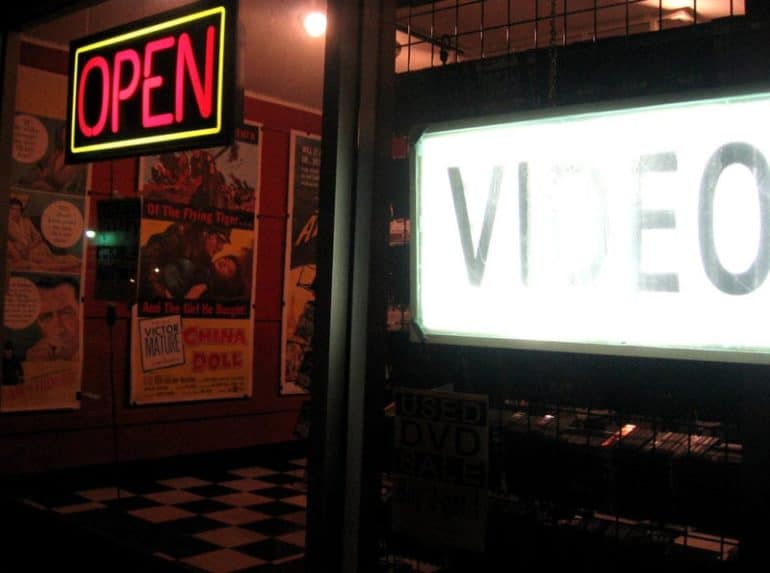 By Ian Lydon-James
In Culture
on September 6, 20162 min read

With the advent of instant and on-demand video streaming services it’s never been easier or more difficult to choose a movie to watch. The choice is immense and you don’t have to leave the house, a fair internet connection and a device to play it on and off you go.

However, it wasn’t too long ago that you had to leave the house and visit your local video store and choosing a movie to watch was a far more analog affair. It’s something that we think is missing but also at the same time, its time had come, technology and the way we all do things changes as things do.

It’s progress and we don’t think that any of us would suggest going back to the old fashioned ways of leaving the house, sauntering down to the local Video store, browsing the latest releases that haven’t been reserved or taken out already and leaving with one movie (good times) that had to be returned the next day (usually through a letter box) or you’ll get charged again (bad times).

If you have the kind of household where no one can agree on anything to watch on the streaming services (see, you’re not alone on this) then there was a sort of finality in going in and choosing a film to watch as your main means of entertainment on a Saturday night. You’ve read the back, thought that’ll do and for better or worse you were committed to it.

Maybe it was the fact that you couldn’t and didn’t want to spend all night in the shop or a traffic warden was snooping about the car so you had to be quick. There was a kind of impulsiveness that having venture out in to the local community and actually hunt for your entertainment that is lacking today and yes you actually had to hunt because you had competition from other people doing exactly the same thing as you.

Them: ‘what did you do at the weekend’

You: ‘We rented Total Recall out’

Them: ‘Lucky you! I want to see that, but none were available when I went down’

You with smitten face: ‘Yeah, we reserved it during the week…it was awesome!’

Them with a forlorn look on their face ‘Argh!!!’

It was fun, it was an experience and as a kid was pretty exciting, one that those that were there probably didn’t realize until it was gone. But they died out for a reason, long before today’s easy access services such as Netflix started ruling the roost.

Perhaps the decline started when rental copies and copies you could buy started coming out at the same time. In the past it felt like ages that it came to the video store from the cinema and even longer until you could pop in to your local Megastore and buy your own copy. It was a simpler time and one that worked well but nothing lasts forever as even the need to buy a new release is not really needed…just log on, choose, press play and off you go once you’ve decided amongst yourselves what to watch.