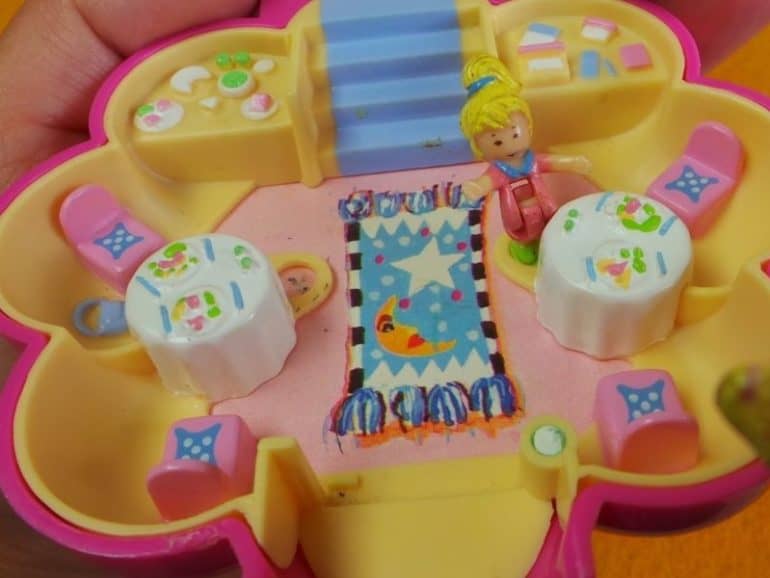 The Evolution of Polly Pocket – The Tiny Toys For Girls

Polly Pocket were originally by Bluebird Toys, small interiors or exteriors in a pocket sized case. The original Polly Pockets were less than one-inch-tall and made of a hard plastic.

The current versions are two to three inches tall and are made of a flexible plastic with rubberised clothing. The modern Fashion Polly dolls by Mattel are very different, taller and thinner.

Polly Pocket was originally designed by Chris Wiggs in 1983, for his daughter. Using just a powder compact he made a small house inside, for a tiny doll. Bluebird Toys licensed the idea and the first Polly Pocket toys arrived in stores in 1989. In 1998 when production started to dwindle, Bluebird Toys were taken over by Mattel.

In 1998 Mattel redesigned the German dolls and created a new series of items. The new doll is taller and appears to be more lifelike.

In 1998 Mattel also introduced ‘Fashion Polly!” which consisted of the original characters, but they were three and three quarter inches tall with plastic joints. It gave a new face to fashion dolls.

Instead of normal cloth materials the clothing was made of unique “Polly Stretch” garments, made by Genie Toys. The clothes were rubbery and could be put on and removed from the dolls.

Polly was also given clothes made of thin, hard plastic that could clip together using magnets. Boy dolls were also introduced and also made appearances in the Polly Pocket videos, books and website.

For the 2010 design the dolls were changed even more by Mattel. Meaning bigger feet, head and leg size. The height remained pretty much the same but the reactions were mixed, as the dolls looked childlike instead of the original tween look.

The change in Polly Pocket is huge. Polly no longer has round feet that stick in specific places within her given radius, but now have bigger human sized feet that can go on great adventures.