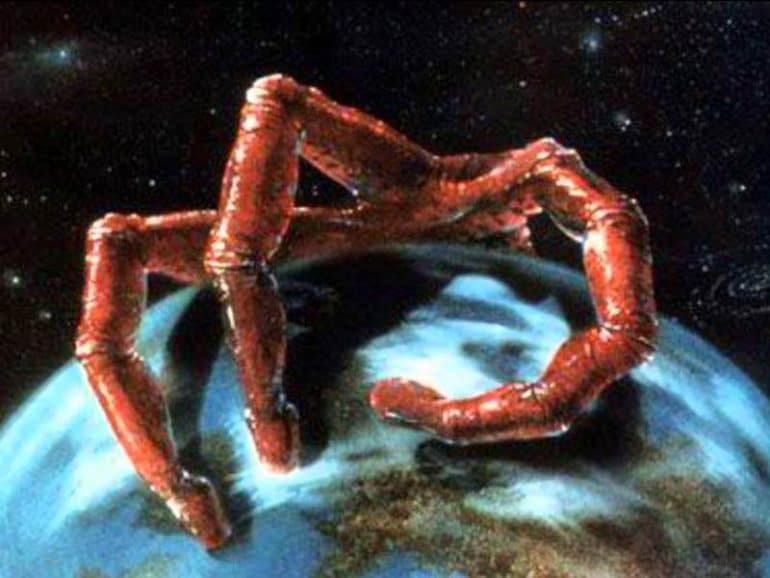 By Andre Duggan
In Television
on October 7, 20214 min read 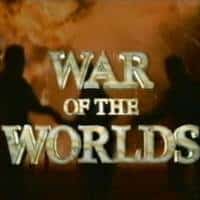 War of the Worlds is a science fiction television series that ran for two seasons, from 1988 to 1990. The series is a direct sequel to the 1953 film The War of the Worlds.

What’s War Of The Worlds About?

I can remember staying up late to watch war of the worlds on ITV its carries on from the original movie but with a few changes to the original story line.

The aliens are revealed to actually be from Mor-Tax— A garden planet 40 light-years away in the Taurus constellation which orbits a dying sun.

The ruthless Mor-Taxans have no compunctions about torturing or mutilating any human who gets in their way.

One of their trademark methods of murder would be gouged-out eyes courtesy of the third arm that would often burst out from their chest.

During the first season, the aliens are led by a triumvirate known as the Advocacy. They are a part of their society’s ruling class, overseeing the invasion force on Earth while their leaders, the invisible and never heard Council, remain back on Mor-Tax.

Outfitted throughout most of the season in contamination suits that pump coolant to counteract the killing heat of the radiation they need, they stay in their base of operation: a cavern in the Nevada desert, which is perfect for them due to the ambient radiation from atomic bomb tests.

They rarely venture into the outside world because without the Advocacy, the lower classes would have no guidance and be useless.

What Are The Aliens Goals?

Their goal is to pick up where they left off in 1953 by making way on Earth for the three million colonists heading in exodus from their dying world.

Their major objective in order to accomplish this Terraforming is to remove humanity from the planet.

The aliens’ hatred of human beings goes beyond simple prejudice.

Having come from a planet that can be compared to the Garden of Eden based on its description, the aliens see that humans do nothing but desecrate what they would call a paradise, and most importantly, a new home.

Without humans in the way, they can restore the vegetation, and better replicate the conditions of their deceased world.

To carry out a successful war, they seek out weapons (some of which are their own left behind from previous visitations), help amass their army, and engage in infiltration and all sorts of acts of warfare.

But to make things more problematic for them, they must also find immunity against the germs that befell them in 1953.

Now the interesting thing is this the Mortax are a foot solider race because the sun in there solar system is dying an alien world closest there planet is Mothrai (the master race of aliens called the Morthren) both aliens look similar but one is more advanced.

Is War of the Worlds Worth A Watch?

Well, the first season was brilliant it had plenty of gore and War of the Worlds constantly pushed the “acceptable content” envelope,

The series regularly featuring violence on par with the R-rated horror movies of the time. Gore is commonplace in the first season: dead aliens and their tossed-away hosts’ bodies melt in a grotesque puddle.

It was brilliant and the first season ended on a cliff hangar I couldn’t wait for season two.

Well the old saying be careful what you wish for comes to mind for this.

What Went Wrong With Season 2?

The first episode of season two of War of The Worlds had fast paced action that had me on the edge of my seat and at the same time a bit worried.

However many aspects that made the first season so compelling were rejigged or just taken out completely.

Norton and Ironhorse, two major characters from the first season, are killed off in the season premiere and replaced by the mercenary John Kincaid.

Its now a total different series after the pilot episode, its darker and more depressing its unlike the original war of the worlds series as its a new alien race who are invading sadly it becomes more like Invasion of the Body Snatchers.

One episode in season two that did stand out was the time travel episode with the Mothrai leader going back in time to 1954 just after the alien invasion fails.

He then goes dressed as an FBI agent goes to the army base where the aliens are kept and gives them an antidote not to go into a suspended animation and carry on the invasion a part from that season two pretty much sucked.

The only way to watch it officially is on DVD or Blu-Ray you can the whole 2 series on DVD for £20 and to be fair its worth every penny and even more so if you are a fan of the book and the lore surrounding it.

Alternatively from a quick look there seems to be episodes on YouTube as well.