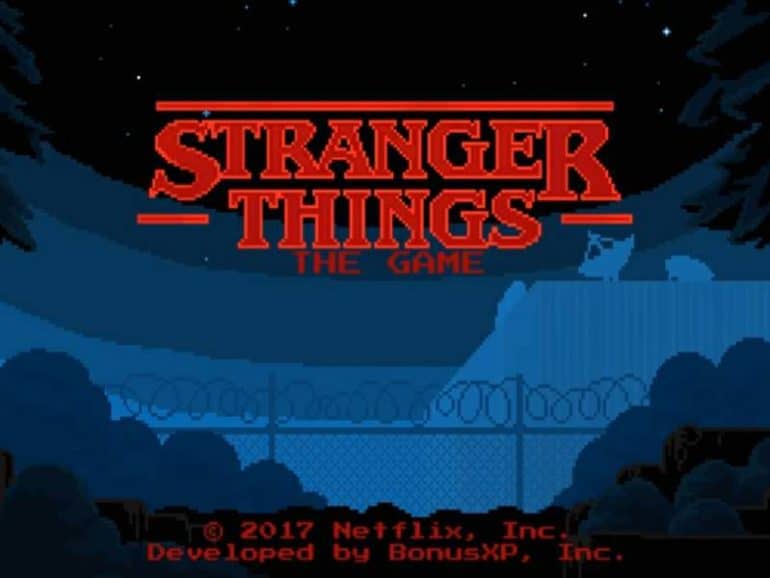 Stranger Things and Retro gaming fans your dream has just come true! Out right now and available on Android and iOS, Stranger Things the game has arrived just in time we presume to build up the hype for season 2 which comes out on October 31st on Netflix.

The game is jointly developed by Indie game developers Bonus XP and Netflix.

Stranger Things the game lets you join Hopper and the kids on an adventure that has the look and feel of the legend of Zelda with the gameplay to match i.e. in a Link To The Past that every gamer knows and loves.

Stranger Things the game allows you to explore the town of Hawkins and it’s surroundings whilst collecting Eggos and Gnomes which may unlock things in the game. You’ll get to solve puzzles with each characters unique abilities.

The game itself flows through chapters starting with the Lost Boys and follows through all of season 1 where you’ll get to explore locations such as Mirkwood forest and Hawkins Lab you will also be able to uncover areas not seen before.

Check out Stranger Things the game in action in the trailer below and if you want it go and get it, its completely free! More importanlty by the looks of things you don’t need to do any in-game purchases to play the game, how oldskool is that!

Up next: Check out this 8-bit recap of Season 1 of Stranger Things it’s absolutely amazing.